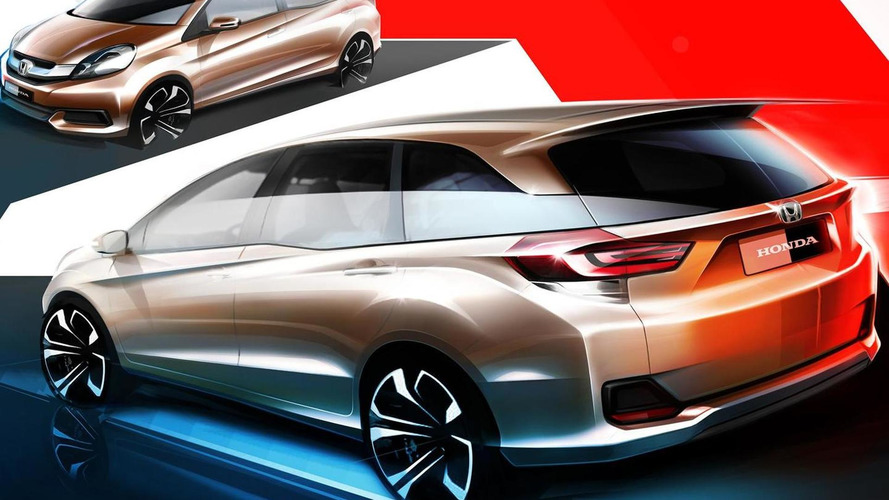 Honda has released a design sketch with the Brio MPV which will be showcased starting September 19 at the Indonesia Motor Show.

Honda has released a design sketch with the Brio MPV which will be showcased starting September 19 at the Indonesia Motor Show.

Developed for the Asian market, the MPV will offer seven seats in a three-row configuration. In terms of design, the car appears to be surprisingly attractive for what will essentially be a low-cost car and hopefully these appealing styling cues will be carried over once the production model is shown in the metal.

Powering Honda's new budget MPV is a 1.5-liter gasoline engine which promises to deliver "both sporty performance and good fuel efficiency." Little else is known about the model, except that it rides on the Honda Freed platform and has a 185mm ground clearance.

The MPV is the third body style which will be added to the Brio family, following the hatchback's launch in 2011 and the sedan's arrival in November 2012.

Production will commence in early 2014 at Honda’s second plant in Karawang.