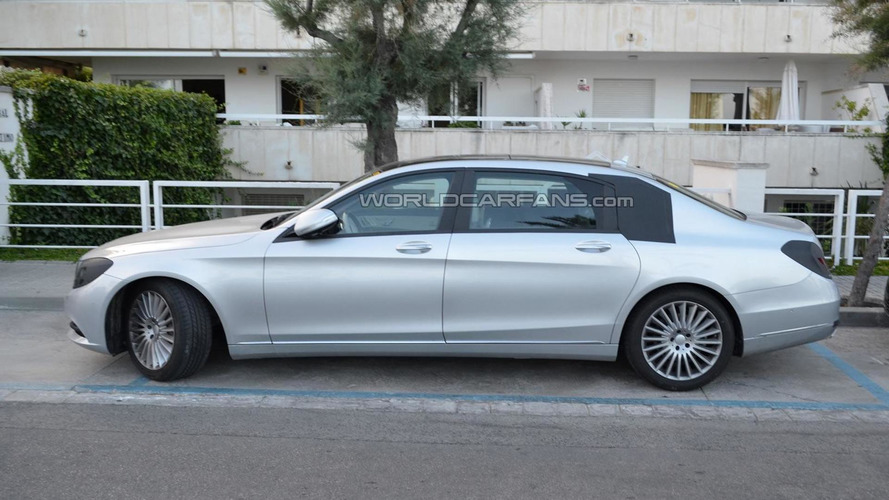 Our spies have sent us a batch of spy photos depicting an extra-long wheelbase variant of the 2014 Mercedes-Benz S-Class.

Our spies have sent us a batch of spy photos depicting an extra-long wheelbase variant of the 2014 Mercedes-Benz S-Class.

The new S-Class is currently available with two wheelbases: 3035mm and 3165mm. There will also be a Pullman version considerably longer than these two which will essentially be a successor of the defunct Maybach brand. The 2014 S-Class Pullman is believed to have six seats in a 2+2+2 configuration.

Now we have learned Mercedes-Benz is preparing another S-Class to slot between the long wheelbase model and the Pullman. This new version will seat four people and is expected to be 200mm longer than the LWB model which is 5246mm long. The silver prototype caught in these spy shots came with a sticker that said "hybrid" so expect a plug-in version just like in the S500 which will be showcased in September at the Frankfurt Motor Show.