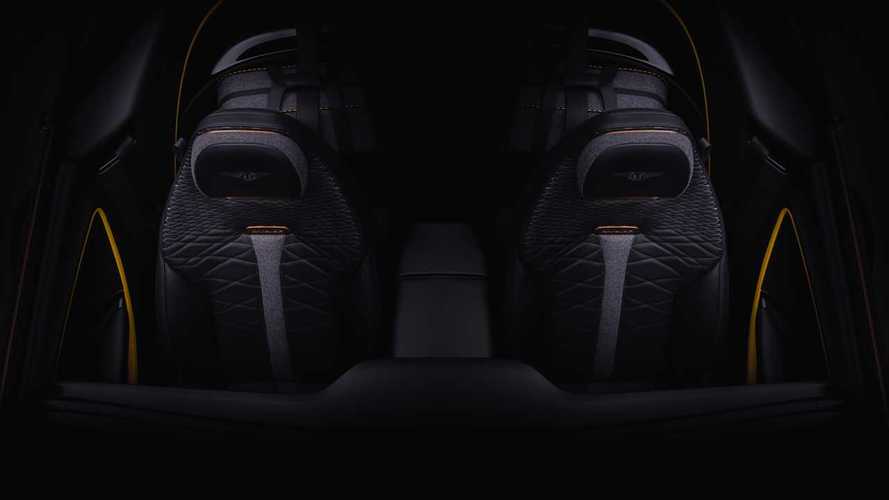 It's only the second two-seater Bentley model since 1930.

Just when you thought Bentleys couldn’t get more sumptuous, an extravagant new model from Crewe is about to break cover. Created by the Mulliner – the world’s oldest coachbuilder – the lavish grand tourer will celebrate its world premiere on March 3 at the Geneva Motor Show. To ease the wait, Bentley has dropped a new teaser to reveal most of the fancy cabin that will only host the driver and a passenger.

Named after a Mexican lake, Bacalar will be only the second Bentley built since 1930 to have a two-seater interior. The shadowy image gives us a preview of the cabin with its upscale leather just about everywhere you look, including on the “exquisitely stitched seats.” Behind them is a pair of matching travel suitcases finished in the same materials used throughout the cabin and sourced from sustainable materials.

That is all Bentley is willing to reveal for the time being, but the wraparound design of the cabin appears to take after the spectacular EXP 100 GT unveiled in August 2019. The British luxury marque previously said the hand-built Bacalar would take after the polarizing concept, and now we’re beginning to see the resemblances.

Although yet to be confirmed, the new ultra-exclusive project from Mulliner is said to take the shape of a convertible whereas the aforementioned EXP 100 GT was a coupe with a pair of fascinating gullwing doors.

It goes without saying the price tag will be sky high while the production numbers will be very low. We will have all the details in less than a week as the Bentley Mulliner Bacalar will receive its world premiere next Tuesday in Switzerland where it will be presented alongside the new Continental GT Mulliner Convertible.

Don’t be too surprised if all the cars have already been sold as that’s usually the case with special projects, with a relevant example being the one-off Bugatti La Voiture Noire a.k.a. world’s most expensive new car ever.

THE BENTLEY MULLINER BACALAR - A RARE AND BESPOKE TWO-SEAT BENTLEY

(Crewe, 26 February 2020) Bentley will be showing more than the future of coachbuilding when the Bentley Mulliner Bacalar is revealed on 3 March.

The Bentley Mulliner Bacalar will be only the second two-seat Bentley since 1930. The two-seat layout and wraparound cockpit creates a luggage space behind the exquisitely stitched front seats, occupied by a bespoke pair of travel cases trimmed to match the interior materials, all of which are sustainably sourced.

Meticulously hand-built by Bentley Mulliner, the oldest coachbuilding operation in the world, the Bacalar is Grand Touring at its most exhilarating, and will be revealed at 08:30 GMT on March 3, 2020. Joining it on the Bentley show stand at Geneva will be the new Bentley Continental GT Mulliner Convertible announced last week, along with the foundation of both the Bacalar’s design DNA and its ethically-sourced materials – Bentley’s centenary concept car, the EXP 100 GT.

The Bentley press conference will be streamed live across social media, available on the following channels: