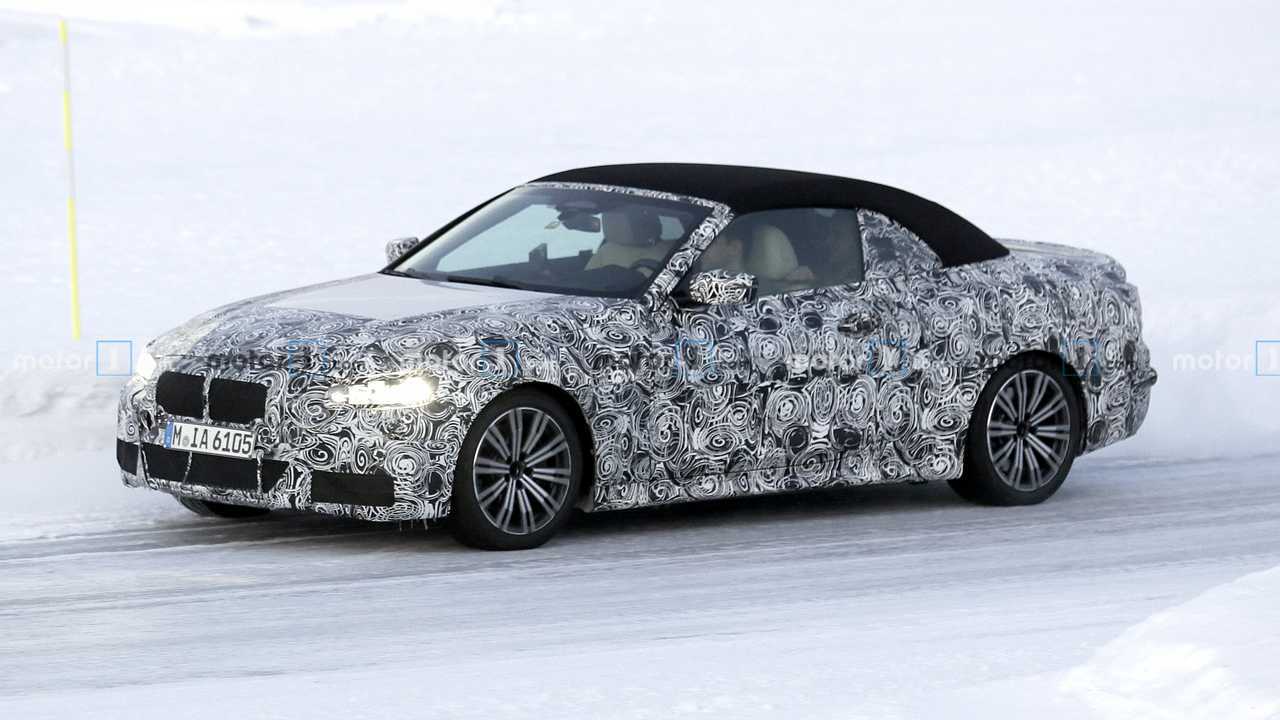 The new BMW 4 Series is coming with its gargantuan grille whether you like it or not. Fresh spy shots from winter testing in Sweden clearly show the outline of the grille beneath camo wrap and fake panels up front. Of course, we’ve already seen leaked photos that show the front completely free of coverings, and BMW’s teaser for its M4 GT3 shows the grille stretching from top to bottom.

Will that grille be livable from behind the driver’s seat? With a fabric convertible roof that opens up to the sky, the new 4 Series drop-top certainly looks appealing. These new shots don’t reveal much in the way of detail we haven’t already seen, but snow plastered to the back of the car suggests smooth lines for the rear fascia and decklid. In fact, the 4 Series overall looks quite understated – a look that many would argue is what BMW should stick with. It’s certainly a stark contrast to observing the car from a head-on perspective.

The new convertible will take an evolutionary approach to the exterior, however, the top is revolutionary. That’s because BMW is returning to a fabric roof as opposed to the complex folding hardtop used on the current model. Such a design saves weight, which is certainly becoming an issue as cars gain more and more technology. Speaking of which, we expect the new 4 Series to get the same goodies currently available for driver and passengers in the 3 Series, with an extra button of course to operate the top.

It feels like we’ve seen BMW 4 Series prototypes for years. That’s because it has been years, with our first sighting dating back to September 2018. As such, we expect BMW to finally reveal the new model later this year, but the convertible will probably stay hidden a while longer. Right now, we’re expecting to see the drop top in full by the end of 2020.