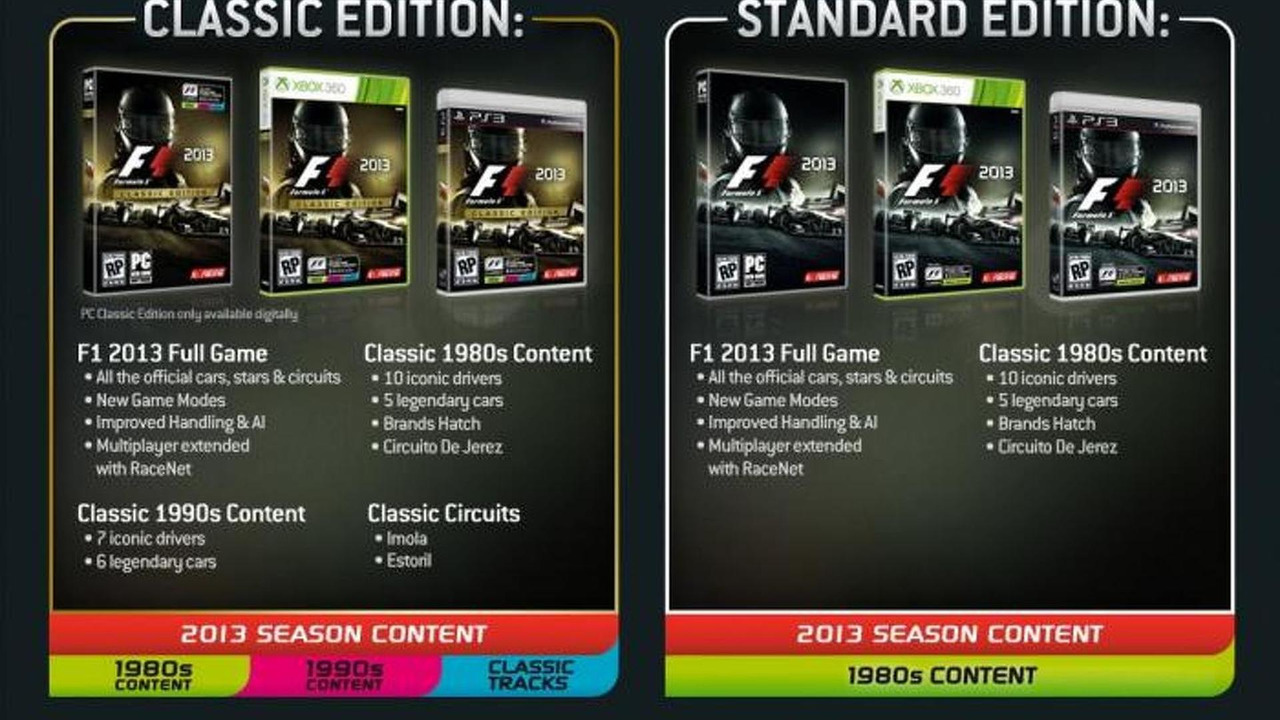 Codemasters is back with F1 2013 and for this latest installment they have prepared a treat for die-hard Formula 1 fans.

Codemasters is back with F1 2013 and for this latest installment they have prepared a treat for die-hard Formula 1 fans.

The Standard Edition of F1 2013 will include content from the 1980s such as five cars from Ferrari, Lotus and Williams, along with ten important drivers of the decade like Nigel Mansell, Mario Andretti, Gerhard Berger and Emerson Fittipaldi. In addition, the video game will also include Circuito De Jerez and Brands Hatch which were the venues for the Spanish and British Grand Prix, respectively.

The more expensive Classic Edition will come with additional content from the 90s such as classic circuits like Imola (San Marino Grand Prix) and Estoril (Portuguese Grand Prix), six cars from Ferrari and Williams, along with seven drivers including David Coulthard, Alain Prost, Eddie Irvine and Jacques Villeneuve. The only bad news is that Ayrton Senna will not be included in the game.

F1 2013 will launch this fall on the PC, Xbox 360 and PlayStation 3. For the moment there aren't any details about next-gen console (Xbox One, PlayStation 4) versions.