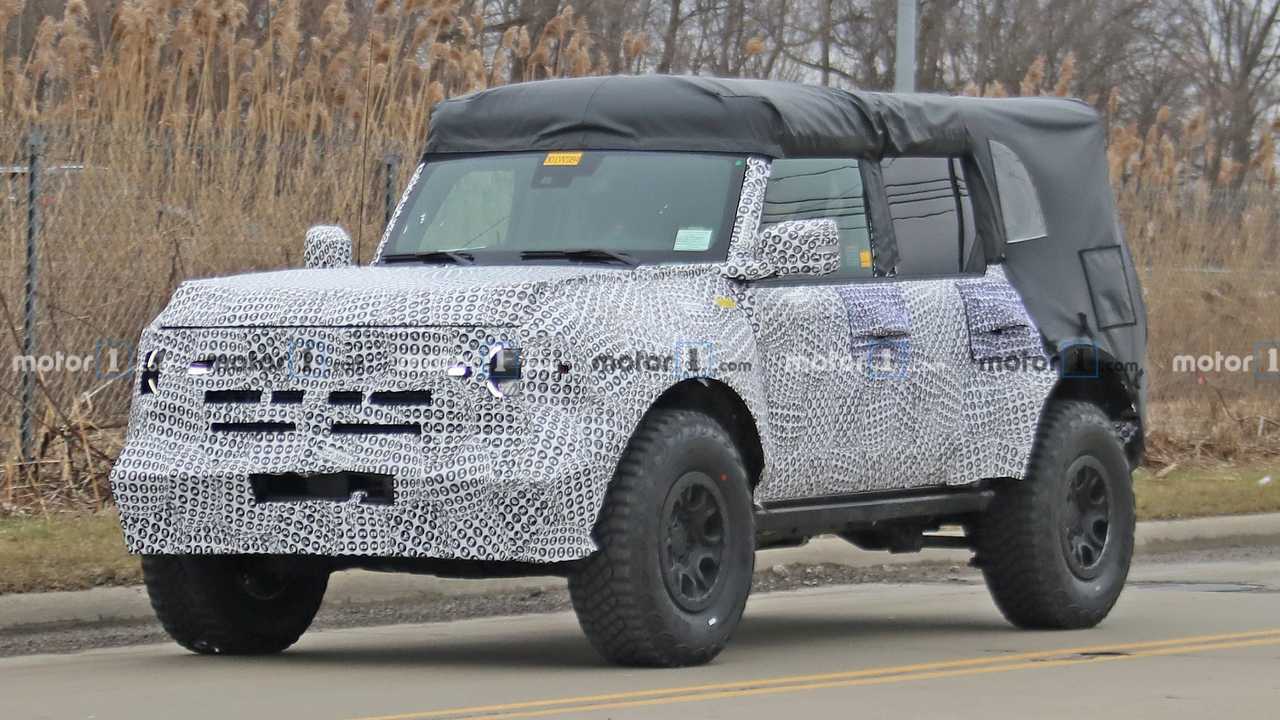 The Bronco arrives this spring.

Rumors, whispers, and reports about an all-new Ford Bronco began circulating in 2016. Ford made the Bronco’s return official at the 2017 Detroit Auto Show. Three years later, the Bronco is finally almost here, though there are plenty of details we still don’t know about the future Jeep Wrangler competitor. However, that hasn’t stopped people familiar with the Bronco’s development from letting a few details slip out. Ford Authority is reporting the 2021 Ford Bronco will use the automaker’s 2.7-liter twin-turbocharged EcoBoost V6 engine.

The publication, citing “sources familiar with the vehicle project,” says the 2.7-liter mill will pair with Ford’s 10-speed automatic gearbox. The Bronco’s possible powertrain has been one of the more challenging aspects of the new SUV to nail down because Ford has several likely engines that could fit. One leak suggested Ford’s 270-horsepower (201-kilowatt) 2.3-liter EcoBoost could power the new Bronco. There are also rumors of a rugged V8-powered Bronco Raptor, too.

What We Know About The Bronco:

Ford Bronco Getting Over 150 Accessories At Launch: Report

Ford uses the 2.7-liter V6 in vehicles other than the Ford F-150. It’s also found in the Ford Edge ST and Lincoln Nautilus. In the truck, the mill makes 325 hp (242 kW), and it makes 10 more horsepower – 335 (250 kW) – in both the Edge ST and Nautilus. Earlier rumors did indicate the Bronco would produce more than 325 hp when it arrives, and Ford Authority’s latest scoop appears to support that.

But the Bronco’s powertrain is but one part of the SUV’s appeal. Ford insists the Bronco will be a genuine Jeep Wrangler competitor. It was only just last month when the Bronco’s boxy production body finally made its public debut last month. It still had plenty of cladding and Ford’s lifestyle-oriented camouflage, but the upright grille, flat roof, and squared-off rear end were hard to miss.

Ford says it’ll reveal the Bronco sometime this spring, possibly showing it off at either the New York or Detroit Auto Shows. Either way, the Ford Bronco is an important new model for Ford, which has put increased emphasis on crossovers, SUVs, and trucks. Thankfully, it sounds like Ford is setting up the Bronco for success.