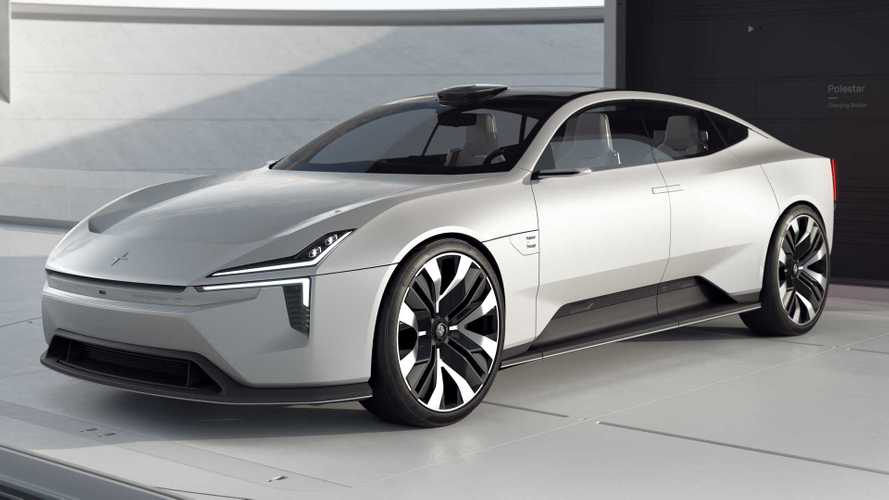 Polestar currently has two production models available, simply called the 1 and 2. The Swedish performance brand has chosen a more original name for its new concept, which has been designed to preview the company’s future products and vehicle aspirations. Say hello to the Precept study, which will be presented publicly during the 2020 Geneva Motor Show next week.

Taking the shape of a stylish four-door fastback, the Precept displays an updated design language for the brand, focusing on three core values - pureness, progressiveness, and performance. The exterior of the car is highlighted by the so-called SmartZone at the front, which is essentially a transparent panel replacing the traditional radiator grille and hiding two radar sensors and a high definition camera. The panel is surrounded by an evolution of Polestar’s Thor’s Hammer LED headlight.

The minimalistic looks are the result of Polestar’s goal to create a super sleek and aerodynamically-optimized vehicle. For example, there’s an integrated front wing just above the SmartZone, which channels air over the hood, while at the back, the wide light-blade spans the entire width of the car, extending into vertical aero-wings. If you take a look at the side profile, you’ll also notice that small cameras replace conventional side mirrors.

The interior is equally simple and stylish. Actually, the automaker teased the cabin a few days ago and now we can take a closer look at its new HMI developed in cooperation with Google and based on Android. The system uses a 15-inch portrait-oriented center display, complemented by a 12.5-inch driver display.

The Polestar 2 Tows More Than Any Other Compact EV

The updated HMI offers advanced functions, including eye-tracking and proximity sensors that deliver information in “a controlled manner.” The system will warn users if they are spending too much time looking at the screen rather than the road ahead. Meanwhile, most of the interior materials are new for the brand and reduce weight and plastic waste by up to 80 percent.

“Polestar Precept’s aesthetics are rooted in cutting-edge technology rather than looking back in time at historical, automotive references,” Maximilian Missoni, Head of Design at Polestar, explains. “At Polestar, we see technology as an enabler, as a tool to solve our society’s problems and we translated this attitude into a new set of design principles. The combination of sustainable materials and high-tech smart systems opens an entirely new chapter of avant-garde luxury design and shows where Polestar is heading.”