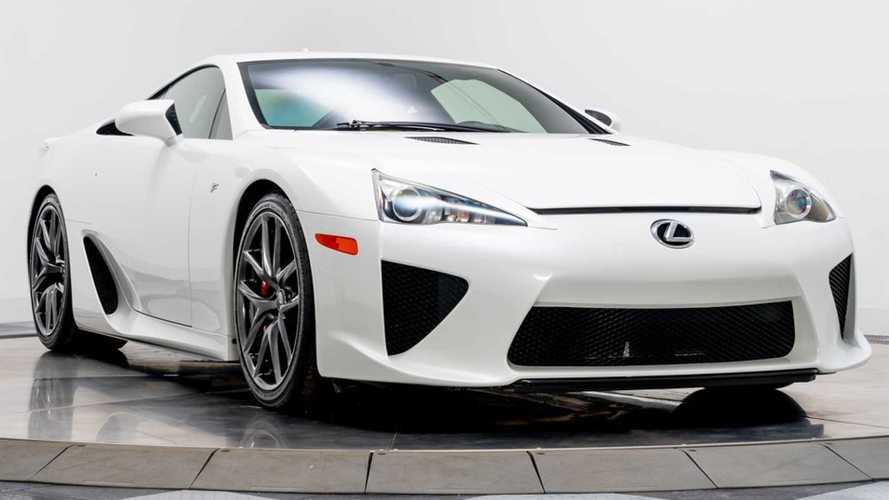 Regardless of who owned it first, this LFA looks fantastic.

The life of a car as it passes among owners can be fascinating. If you want a wild example of what can happen, just check out this Lexus LFA. The supercar's first owner was none other than reality show star Paris Hilton. Now, it has come up for sale in Cleveland, Ohio, which is quite a distance from the supercar's original Los Angeles home. The asking price is $495,900.

Hilton apparently didn't drive her LFA too often because the odometer only shows 3,930 miles (6,325 kilometers). The body is Pearl White. Inside, there's a mix of white and blue leather with carbon fiber trim. The car looks immaculate.

There's a humorous story behind Hilton acquiring the LFA. In 2011, the Daily Mail reported that her boyfriend bought a yellow example of the supercar for the celebrity's 30th birthday. She and the guy broke up soon afterward. Hilton apparently liked the car, though, and she traded it for this white example. She kept the LFA for a few years, for an example watch the video below from 2013. By 2014, Hilton had dumped the Lexus for a McLaren 650S Spider.

Lexus built 500 examples of the LFA from 2010 through 2012. The supercar packed a 4.8-liter V10 making 553 horsepower (412 kilowatts), except for the 50 examples of the Nürburgring Package with an extra 10 horsepower (7.4 kW). The engine revved with ease and hit the redline at 9,000 rpm. The vehicle used a carbon fiber monocoque chassis, and portions of the body were also carbon fiber.

The LFA Is Still A Star:

If you'd prefer a new LFA, rather than Hilton's, then there are still four new examples available in the United States as of the beginning of 2020.