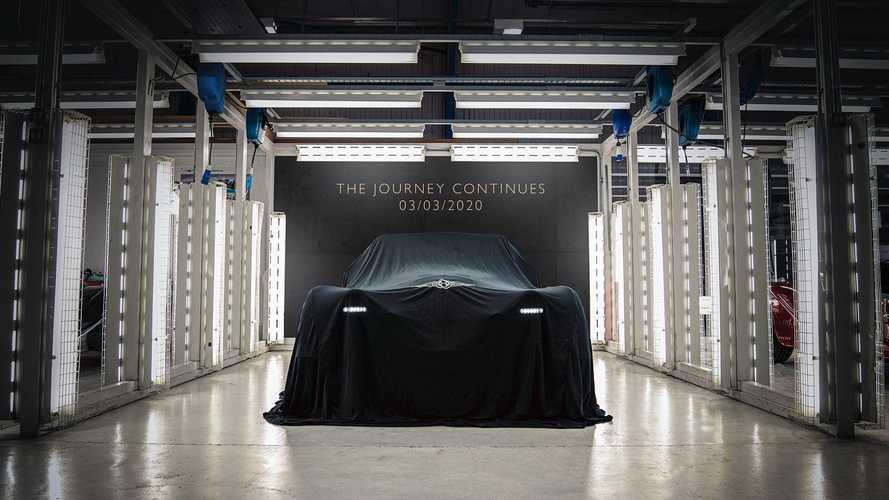 Morgan kicked off the new decade with a brand new aluminum platform that replaced the brand’s previous steel chassis after 83 years in use. The British company also ditched the V8 engines and replaced them with twin-scroll, single-turbo inline-six units from BMW. The revolution will continue with an all-new Morgan model, confirmed for a debut at the upcoming 2020 Geneva Motor Show next week.

The manufacturer has just released the first teaser image of the car through its official Facebook page. It doesn’t reveal much but, judging by the overall shape, it would probably be safe to assume the car won’t be a dramatic departure from the company’s traditional design language.

The announcement confirms we will be dealing with a four-cylinder car, which makes us believe that Morgan will reveal a new generation Plus 4. The current model is powered by a 154-horsepower (115-kilowatt) engine sourced from Ford and offers a 0 to 62 miles per hour (0-100 kilometers per hour) acceleration in just 7.5 seconds.

“Featuring a four-cylinder engine and optional manual transmission, we can’t wait for you to meet the next model to be based on our latest CX-Generation aluminum platform.”

Obviously, as Morgan says, the sports car will ride on the new aluminum architecture, which, compared to Morgan’s previous aluminum chassis, is twice as rigid and weighs just 97 kilograms (213.8 pounds).

Earlier this year, Morgan released the Plus 4 70th Anniversary Edition featuring a gold frame with a platinum body as a last hurrah for the outgoing model. This is another reason why we believe the manufacturer will show a completely overhauled Plus 4 in Geneva. All will be revealed on March 3 so stay tuned.

Gallery: 1964 Morgan Plus 4 Plus Auction