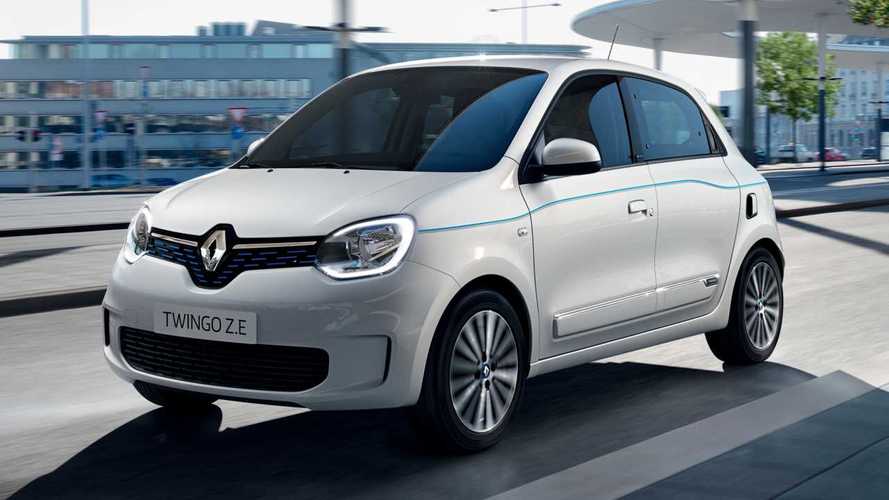 The rear-wheel-drive EV will do 180 kilometers in the combined cycle.

Well, that didn’t take too long. It was less than two weeks ago when Renault announced plans to unveil the Twingo Z.E. in 2020 and now the electric runabout is making its official premiere.  Much like other city cars that have been converted to EVs – such as the Skoda Citigoe iV, VW e-up! and the SEAT Mii Electric – the zero-emissions small hatchback carrying the diamond logo has retained the design of its conventionally powered sibling that was facelifted in January 2019.

In addition, it keeps the rear-wheel-drive layout of its ICE-equipped counterpart, but instead of a naturally aspirated 1.0-liter engine or the turbocharged 0.9-liter unit, it uses an electric motor. Renault's equivalent of the 2020 Smart EQ ForFour, the Twingo Z.E. offers 81 horsepower and 160 Newton-meters (118 pound-feet) of torque, which is enough for a 0 to 31 mph (50 km/h) sprint in around four seconds en route to a top speed of 84 mph (135 km/h).

You won’t be breaking any production EV records at the Nürburgring with the Renault Twingo Z.E., but the cutesy hatchback was engineered with the sole purpose of being an affordable electric car mainly for the city. Thanks to a 22-kWh lithium-ion battery pack weighing 165 kilograms (364 pounds), the car will do 250 kilometers between charges based on the WLTP City cycle. As its name implies, the test cycle is exclusively related to city driving. In the full WLTP cycle (57 percent city, 25 percent suburban, 18 percent highway), the EV will cover 180 kilometers before running out of juice.

As a side note, it's worth pointing out the aforementioned Smart EQ ForFour has a smaller 17.6-kWh lithium-ion battery for a range varying between 87 to 95 miles (140 to 153 kilometers) based on the less realistic NEDC cycle.

Once the battery is depleted, a full recharge from a domestic 2.3 kW socket will take an agonizingly long 13 hours and 30 minutes. Upgrade to a 3.7 kW Wallbox and that time will drop to 8 hours, while a 7.4 Wallbox will cut the time in half to 4 hours. Renault points out a 0-80 percent recharge from an 11-kW charging point will take 2 hours and 10 minutes while from a 22-kW charging point it will be done in 63 minutes.

See Some Of The Other Renault EVs:

A “super city car” as described by its creator, the Twingo Z.E. is Renault’s seventh EV after the Twizy quadricycle, the Zoe (now in its second generation), the Kangoo Z.E. and Master Z.E. vans, the Samsung SM3 Z.E. sedan sold in South Korea, and the K-ZE crossover available in China. The latter might come to Europe next year as the already announced Dacia EV of which we’ll get a preview next week at the Geneva Motor Show.