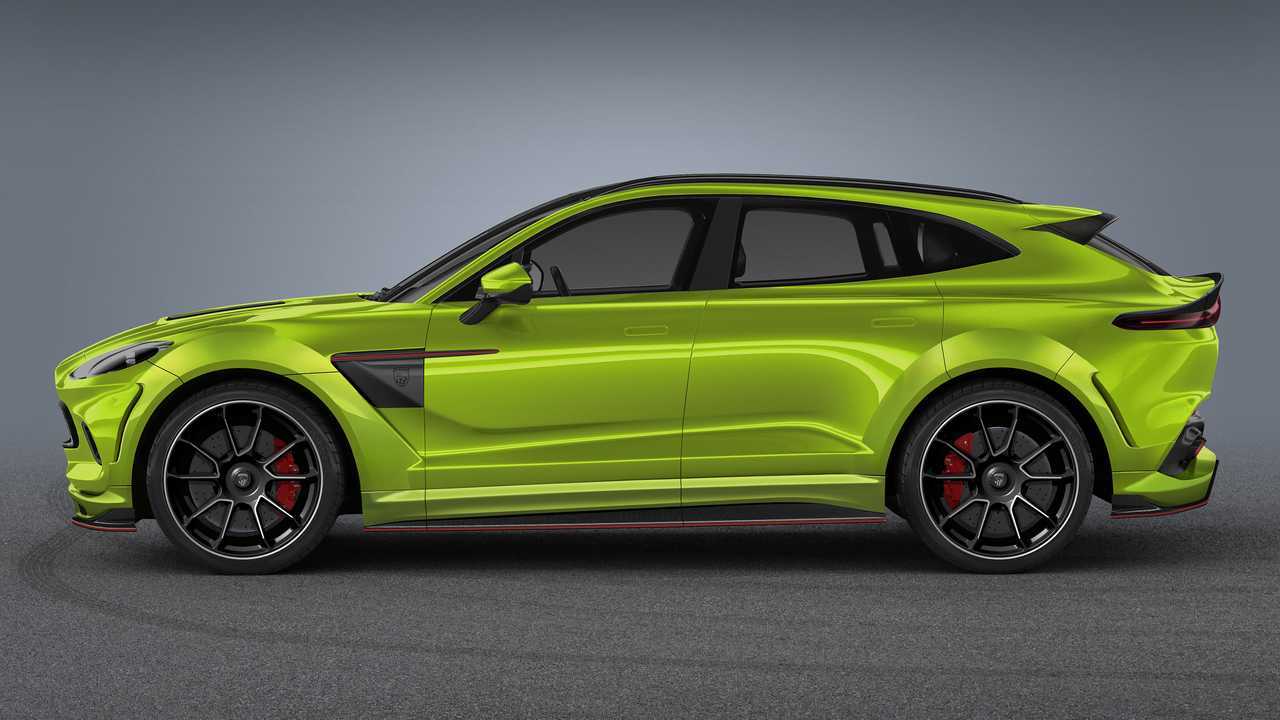 It was just yesterday when Aston Martin announced its in-house Q division will offer an exclusive appearance package for the DBX SUV. If you don’t want to go the factory way but would rather take the aftermarket route, Germany’s Lumma Design has also just revealed its tuning package for the opulent British crossover. Meet the Lumma CLR AM.

The tuning firm is mostly known for its work on cars from the German premium brands and, if we are not mistaken, this is its first project on an Aston Martin model. And it’s an impressive full-body package that transforms the luxury SUV into an aggressive performance vehicle.

Starting at the front, the kit includes a modified bumper with new lip spoiler, hood air intakes, and contrasting grille frame, all made of carbon fiber. At the side, new skirts visually connect with the wide wheel arches to create a more muscular appearance.

The DBX from Lumma Design rides on new large wheels with a five-twin-spoke design and a central lock look. The tuning company says the optimum wheel-to-tire combinations will be tested and determined before delivery starts in the fourth quarter of 2020.

Audi Q8 By Lumma Design Is Not For Everyone

The rear end is probably the most impressive part with a new carbon fiber diffuser, bumper spoiler, and roof spoiler. Regardless of the vehicle’s exterior color, the exhaust pipes integrated into the bumper are finished in contrasting red.

The same carbon theme continues inside the cabin where Lumma has installed carbon interior trims, an ergonomically-optimized steering wheel with carbon inserts, and carbon pedal pads. Additional exterior and interior components are currently being tested, says the tuning firm.

Lumma will sell just 20 copies of the full tuning package with deliveries planned to kick off in the fourth quarter of this year. Prices will be announced closer to the on-sale date.