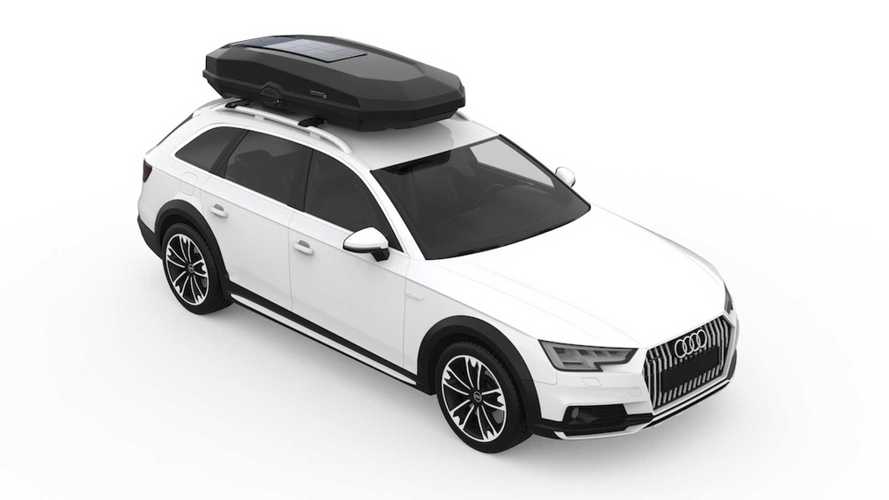 It's going on sale in August this year.

Solar roofs in mainstream vehicles are becoming increasingly popular these days. The new Hyundai Sonata and its sister model Kia Optima both have this feature as an option and it’s a nice way to add a few more miles to your range just by sitting under the sun. Now, there’s also an aftermarket solution that has been designed to help you keep your devices charged while camping.

Honestly, we’ve heard about this idea before but it’s something we’ve never seen made as an official product by a company. Now, vehicle storage specialists at Yakima have finally brought a solar roof box to the market with their new CBX Solar coming with an integrated solar panel at the top of the box.

As NewAtlas reports, for this project, Yakima partnered with Sunflare, which supplied the 36-watt solar panels fitted onto the lid of the roof box. The panels are made of CIGS (copper indium gallium selenide), they are very thin and light, and don't hurt the overall look and practicality of the cargo box.

Тhe solar panel which occupies roughly half of the container’s lid outputs 5 volts (3-amp max) through two integrated USB ports. You can’t power an oven, obviously, but you can comfortably charge all your mobile devices while camping without having to idle your car or drain its battery.

The CBX Solar is part of Yakima’s refreshed CBX line of roof boxes, which was just introduced during the Outdoor + Snow Show and also features non-solar 16- and 18-cu ft models with a completely new design compared to their predecessors. Deliveries will kick off in August this year with prices starting at $1,299 for the Solar model, and $949 and $849 for the two non-solar variants, respectively.