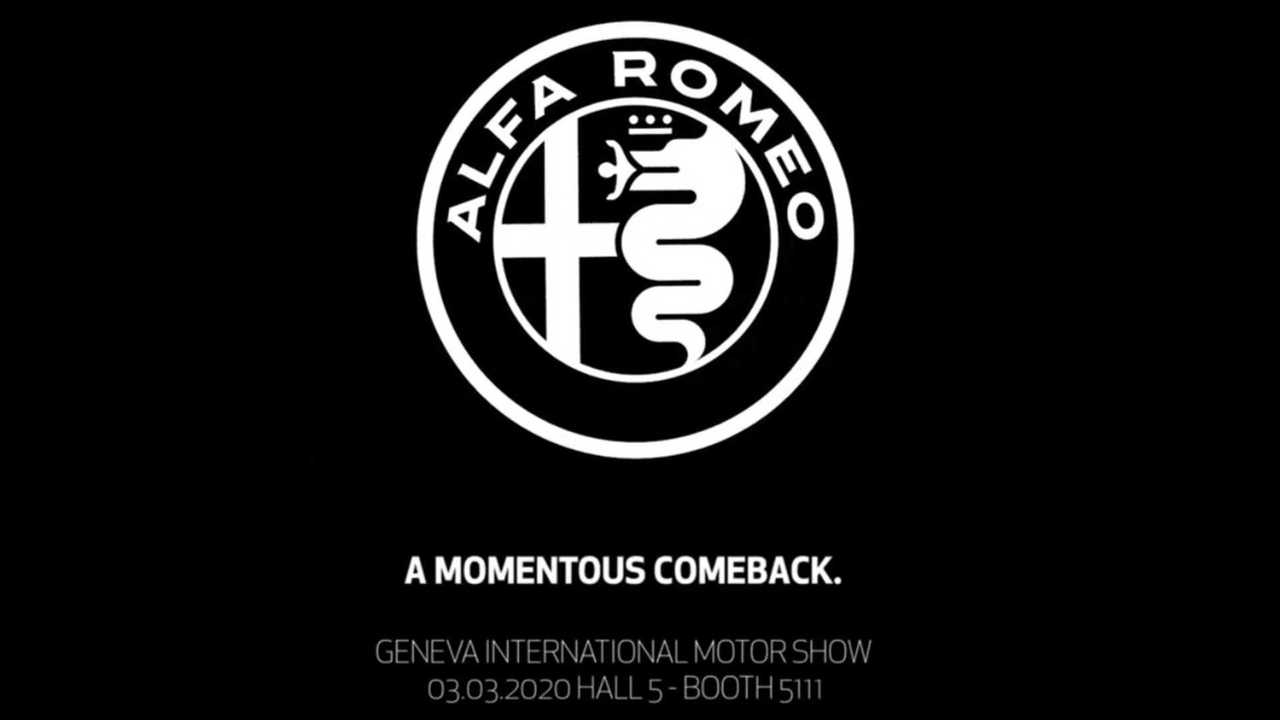 News about Alfa Romeo are few and far between, but we’re glad to report the Italian brand is cooking up something for the Geneva Motor Show scheduled to start next week. The company has released a rather cryptic video on social media announcing a “momentous comeback” is planned for the event in Switzerland, which kicks off March 3 with the first press day.

While the short clip doesn’t contain any other details whatsoever – other than a raspy engine soundtrack – we’re inclined to believe Alfa Romeo is about to dust off an important nameplate. We wouldn’t get our hopes up too high for the return of the 8C and GTV as both have been scrapped despite being announced with much fanfare in June 2018. The latest product roadmap shows only the facelifted Giulia and Stelvio along with a production version of the Tonale and a new crossover as part of a “rationalized portfolio plan.”

There’ve been rumors about a high-performance Giulia that would get the GTA suffix from Gran Turismo Alleggerita (lightened Grand Tourer) in the same vein as the 156 GTA from about two decades ago. Not only that, but an interesting spy shot emerged onto the Internet over the weekend to show a camouflaged Giulia in an undisclosed location. Of course, that might’ve been a regular 2020 Giulia facelift prototype that still carried around the camouflage used during the testing phase, but what if it wasn’t?

The Giulietta is still around, although its days are numbered as Club Alfa is reporting production of the small hatchback will end later this year. Unless Alfa Romeo is planning to send off the Giulietta with a hot version positioned above the Veloce, chances are the “momentous comeback” is related to the Giulia or Stelvio. In our books, it would make the most sense to come out with a high-performance derivative based on the sedan, with GTA fitting the bill.

Although Alfa Romeo has quashed rumors of a Giulia GTA in e-mails sent to Motor1.com, we’ll remind you the initial report said something about 620 horsepower and a 44-pound (20-kilogram) diet. However, the rumor stipulated the car would debut in June rather than March, so it’s all very puzzling at this point.

All will be revealed in a week from tomorrow.