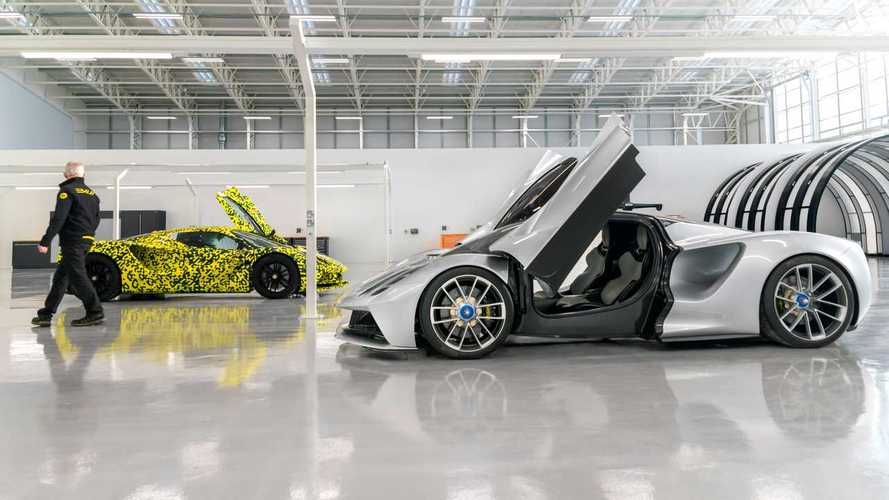 The facility is right next to the company's test track.

Lotus' new all-electric hypercar is edging closer to production, with the British manufacturer announcing this week that the new manufacturing facility where the groundbreaking car will be produced is gearing up to assemble the final prototype examples of the car.

Production is slated to begin this summer, with customer deliveries commencing not long after. For the car's production, a new hall has been constructed at Lotus' famed Hethel headquarters beside the company's 2.2-mile test track. The building of the factory involved 20 specialist contractors with more than 50 experts on-site over the last six months.

It will be capable of constructing 130 examples of the car, all of which have already been allocated to customers all over the world.

"This is now the newest car production facility in the world, and to witness it move from the drawing board to reality has been deeply satisfying," said Phil Popham, Lotus Cars CEO. "It’s testament to the commitment of all involved, and is the perfect sleek and high-tech production home for the Evija at our iconic Hethel headquarters."

"With our new factory ready, we are ahead of the pack in the emerging EV hypercar segment and 100 percent ready for some healthy competition," Popham told more than 1,400 Lotus employees at the opening of the new facility.

The factory features sleek and unobtrusive gantries around the build stations that are robust enough to carry the necessary power, data and compressed air systems needed to put the car together.

There's also an overhead crane, multiple car lifts, and a wheel alignment ramp, with the whole place lit up by more than 30,000 of the latest high-density, low-energy LEDs.

The Evija will have a top speed of more than 200 mph making it the fastest Lotus road car ever made. That, and its sub-three second 0-60 time are achieved thanks to a 1,973-horsepower all-electric drivetrain sending power to all four wheels by four electric motors. Range is expected to be around 250 miles (402 kilometers), while the car's overall weight will sit at 1,680 kilograms (3,703 pounds).