Is This The Alfa Romeo Giulia GTA? 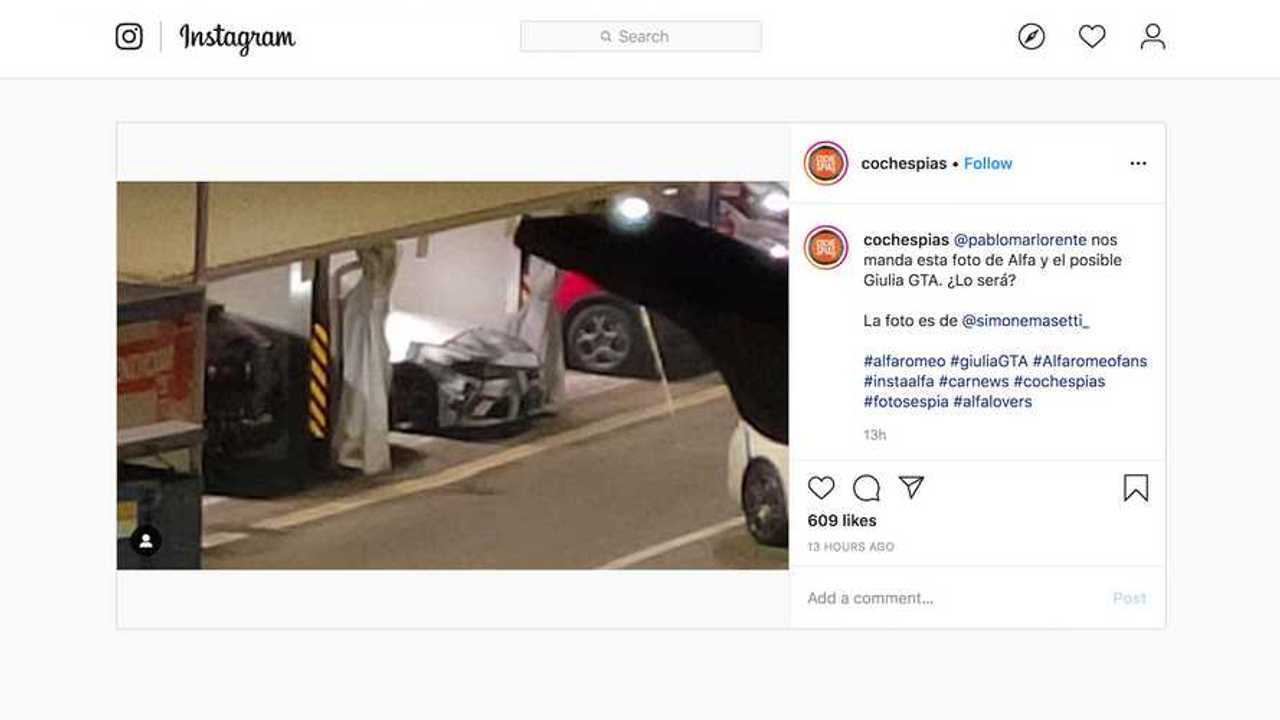 Could be a stretch.

There's no denying that the Alfa Romeo Giulia is a very pretty car, and there's also no denying that Alfa Romeo has seen better days, especially in North America. Now, getting those sales numbers up is a story for another time. What's more important is that an Instagram user by the name of CocheSpias was able to take a picture of what seems to be a heavily camouflaged Alfa Romeo sedan with its nose sticking out of an Alfa Romeo shop or dealership. Unless there's some garage in Spain where all sorts of Alfa Romeos and their owners hang out, complete with curtains to hide things from prying eyes.

If you remember, Alfa Romeo seems to be planning on revealing a new vehicle in June of 2020. The said vehicle is supposedly a B-segment crossover and will sit between the Tonale and the Stelvio. About a month after that, some news leaked again about Alfa Romeo introducing a much more powerful and limited version of the Giulia in the same month, but those rumors were shot down officially by Alfa Romeo when the story was aired, saying "Alfa Romeo's Italian and French divisions have both denied the report, adding there are no such plans to introduce a more powerful Giulia in June". Called the Gran Turismo Alleggerita (GTA), it will position itself above the Quadrifoglio.

And, just because they said it wasn't coming in June, doesn't mean it isn't coming at all. And if there was ever a reason to have a heavily camouflaged Giulia hiding in an Alfa Romeo garage somewhere, testing of a Giulia GTA would be it.

The picture itself is extremely grainy, and it's hard to make out exact details, but it's most definitely a car that's meant to stay hidden from the public. Could this be a leftover tester or mule from older Giulia development days? Maybe, but there wouldn't be any good reason to really keep those around.