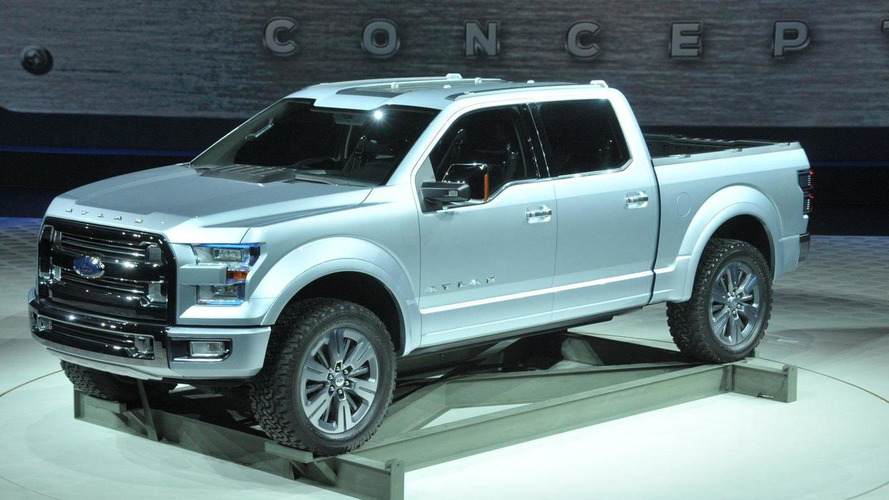 According to a recent report, the next-gen Ford F-150 will adopt an aluminum body.

According to a recent report, the next-gen Ford F-150 will adopt an aluminum body.

A supplier source told TheTruthAboutCars the 2015MY Ford F-150 will come with an aluminum bodywork. The Blue Oval company apparently was scared that something might go wrong during development and they also created a steel body for the new F-150 but this won't be necessary as everything has been going according to plan for the aluminum-made F-150.

Previewed in January at 2013 NAIAS by the Atlas Concept, the next generation of the Ford F-150 will allegedly be offered with a new naturally-aspirated V6 3.5-liter, the 3.5-liter EcoBoost and a V8 5.0-liter mill. 2015 will bring a smaller V6 2.7-liter EcoBoost engine, while 2016 will see the return of the high-performance Raptor version.