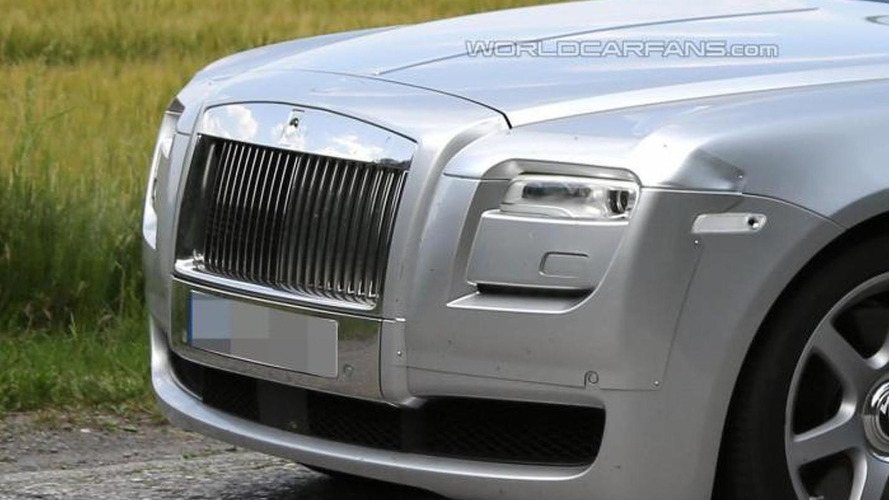 The Rolls-Royce Ghost is preparing for a minor facelift scheduled for an early 2014 release.

The Rolls-Royce Ghost is preparing for a minor facelift scheduled for an early 2014 release.

These latest spy photos show a barely disguised Ghost prototype hiding its front fascia which is the only exterior component going through a revision. Upon closer inspection we notice there's some camo around the headlights which are expected to come with a different graphic and will also grow in size compared to the current model.

In addition, Rolls-Royce plans to do some tweaks to the laterals of the front grille, but other than that the 2014 Ghost facelift will be essentially the same, unless the interior cabin will go through of a few modest changes.

Under the hood it will retain the V12 6.6-liter turbocharged engine which in its current configuration develops 563 bhp (420 kW) and 575 lb-ft (780 Nm) of torque. A slight bump in output could be in the works but nothing significant.