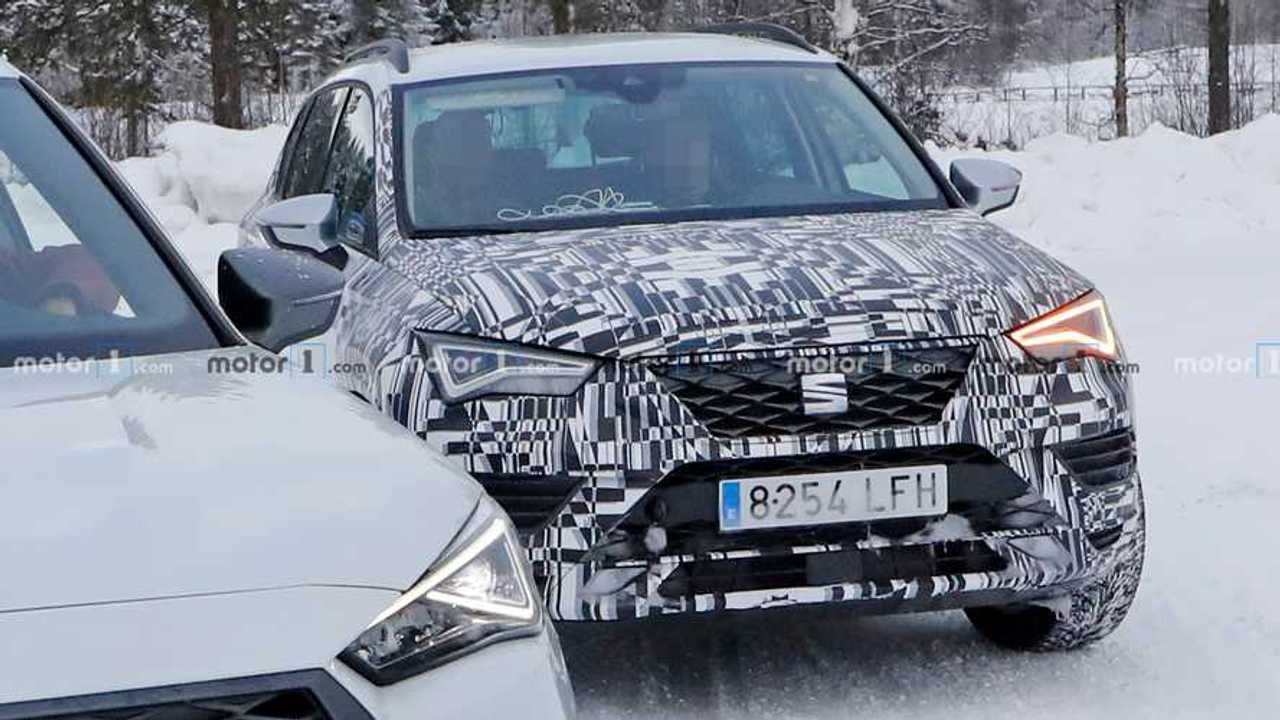 The compact crossover was spotted in the company of its bigger brother, the Tarraco.

It’s not all that uncommon for a company to be selling the same car with two different badges, but that usually happens when the said vehicle is sold in one country with the badge X and in another with the badge Y. In the case of the Ateca, the story is a bit unusual as you can buy it as a SEAT or as a Cupra in the same country. It will be a similar story with the fourth-generation Leon once the Cupra variant introduced yesterday will go on sale by late 2020.

Seen here is the SEAT-badged variant of the compact crossover while testing alongside its bigger brother, the Tarraco. The two were spotted up close in northern Europe where Spain’s Volkswagen Tiguan is preparing for its mid-cycle update due to come out likely in the following months. Even though there’s plenty of camouflage at the front, we can observe the new pattern of the grille and the redesigned bumper that no longer incorporates the fog lights.

The headlights might look virtually the same as on the pre-facelift model, but the LED turn signal has changed as it’s now one continuous strip whereas on the current model the upper and lower strips are separated on the area next to the grille. There are two possible reasons for why the taillights look the same – there’s either a fake sticker slapped on top or the prototype carried over the existing clusters. Surely SEAT will make some changes in that area, but it looks like the full-width strip of the Leon won’t be integrated into the tailgate to bring the Ateca in line with the Tarraco.

We’re not expecting any major changes inside the cabin since we’re dealing with a mid-cycle update and that usually brings mild tweaks to a Volkswagen Group car. The infotainment will be updated to the latest version and SEAT will likely throw in even more safety kit than before, while tweaking the trim and upholstery options.

The Hot Version Has Already Been Spied:

Much like the Leon, the Ateca facelift should get a plug-in hybrid powertrain and mild-hybrid tech for some of the gasoline engines to cut fuel consumption and emissions. The Cupra-badged variant will follow shortly with 296 horsepower, unless it will be bumped by 10 hp to 306 hp to match the new all-wheel-drive Cupra Leon ST.