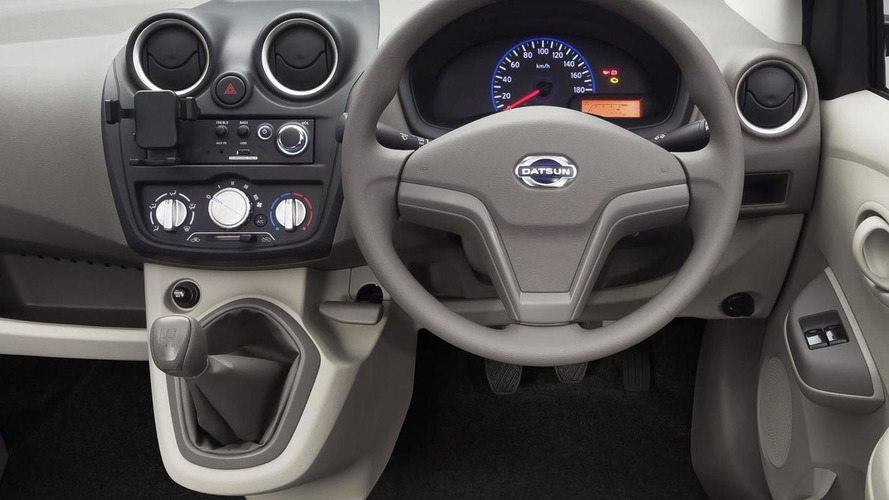 Datsun is officially back in business with the GO which is scheduled to reach Indian market in early 2014.

Datsun is officially back in business with the GO which is scheduled to reach Indian market in early 2014 where it will be locally produced. The name comes from Datsun's first model called DAT-GO which came out almost a century ago in 1914.

After announcing Datsun's revival with several teasers, Nissan has unveiled the Micra-based Datsun GO which represents a simple five-door hatchback with the following dimensions: 3785mm length, 1635mm width, 1485mm height and a 2450mm wheelbase. It will be offered exclusively with a 1.2-liter engine linked to a 5-speed manual gearbox.

The exterior design closely mirrors the Micra, while inside the typical glovebox has been replaced by a space under the dashboard. Datsun moved the handbrake and gear lever to the dashboard as a method to free up space between the front seats. They also borrowed the Micra’s door handles and AC vents.

The Datsun GO represents the first of several models which will be launched starting next year in emerging markets like India, Indonesia, South Africa and Russia.