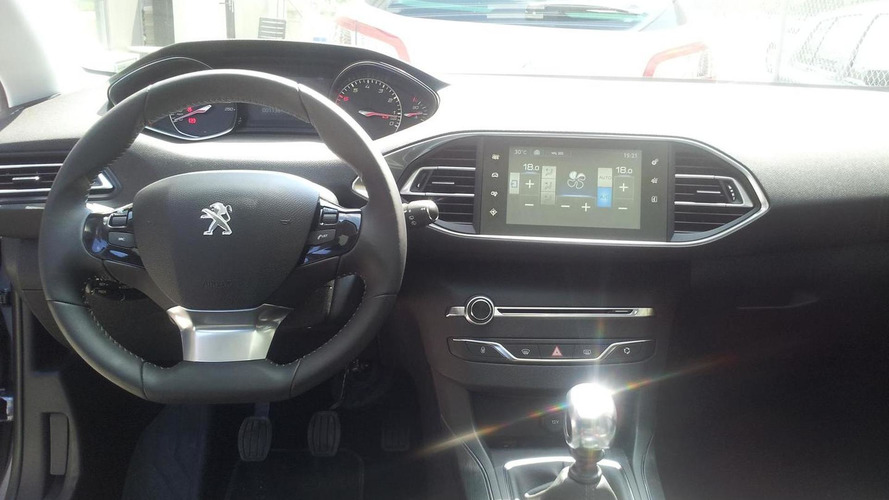 Our colleagues from avtoarena.si have sent us several photos of the 2014 Peugeot 308.

Our colleagues from avtoarena.si have sent us several photos of the 2014 Peugeot 308.

This batch of 308s was photographed in Ljubljana, Slovenia in the parking lot of a promotion agency which is currently shooting a new clip. Depending on model, the new generation is up to 308 lbs (140 kg) lighter than its predecessor and emits just 85 g/km in the most frugal variant. Riding on PSA's new EMP2 platform, the 2014 Peugeot 308 is lower and shorter than the old model and provides 470 liters of cargo room.

The exterior takes cues from the 208 with a bit of Volkswagen Golf VII flavor, while the interior cabin mimics the 208 with a tall center console featuring a 9.7-inch touchscreen display. The steering wheel and head-up instrument cluster are also borrowed from the smaller 208.

The vehicle is scheduled to make its public debut in September at the Frankfurt Motor Show before going on sale shortly after that, with producing taking place in Sochaux, France.