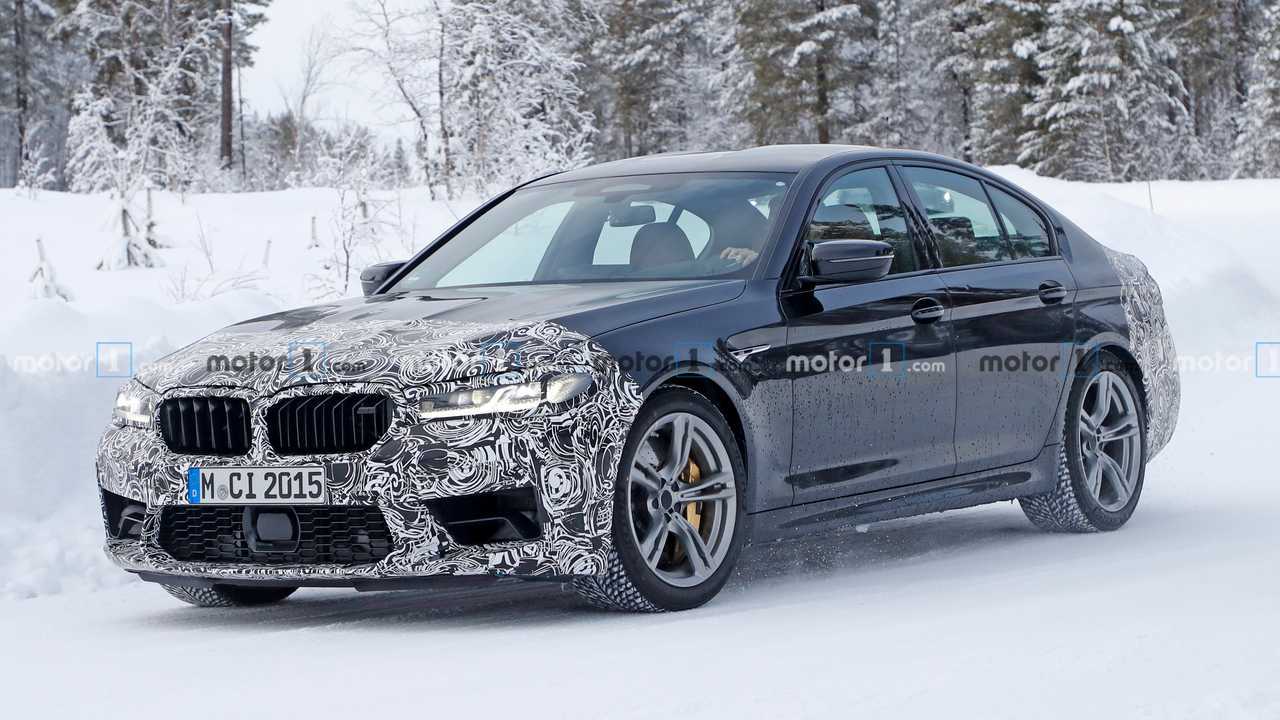 The BMW M5 is due for a refresh – at least according to the automaker – and it’s due to debut sometime this year. New spy photos show the super sedan with camouflaged front and rear ends, though M5 has been shedding its camouflage at the front as spring approaches. Slowly, pieces of the redesigned front end have emerged, hinting at a tasteful facelift without the introduction of the oversized 4 Series grille.

The latest photos show off more of the company’s iconic kidney bean grille and the thin headlights with new LED daytime running lights that flank it. We can see more of the lower fascia than ever before, though it’s difficult to see how it’ll be different than what’s on the current M5, which BMW debuted just two years ago. However, it does appear there are minor changes to the fascia’s design.

See The M5 Shed Its Camo:

Sadly, the rear of the facelifted M5 hasn’t lost as much camouflaged as the front. The redesigned taillights are still hidden plenty of camo, hiding their design, though we can still spot new taillight graphics. The fact there is still camouflage covering the rear does indicate there are some design changes. The quad exhaust is also visible.

Details about the M5’s powertrain remain elusive. The current M5 uses a twin-turbocharged 4.4-liter V8 that makes 591 horsepower (441 kilowatts) and 553 pound-feet (750 Newton-meters). Upgrade to the M5 Competition and horsepower increases to 617 (460 kW). That engine could carry over to the new model. BMW is also planning a top-tier M5 CS model that’ll sit above the M5 Competition. It could use a new, more compact V8 engine that makes more than the 617 hp of the M5 Comp.

BMW will first debut the refreshed 5 Series before trotting out the updated M5. Both should happen sometime this year, with the new BMW M5 arriving as a 2021 model.