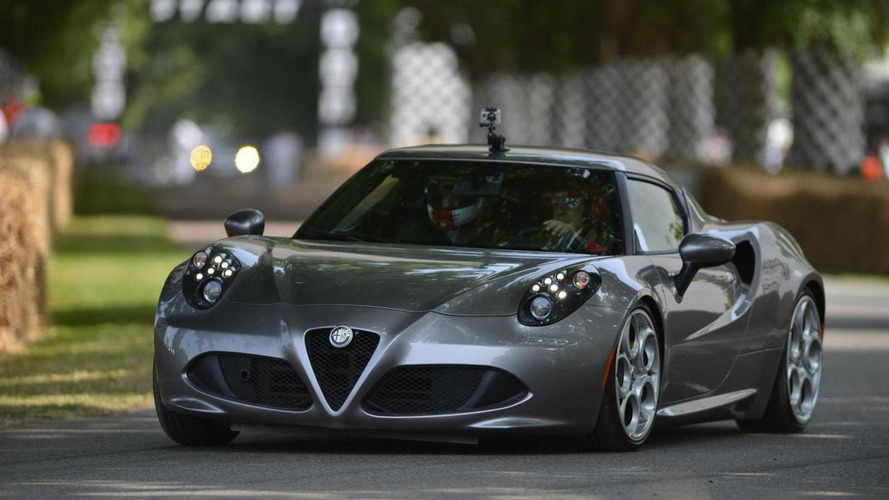 The Alfa Romeo 4C has made its dynamic debut at the Goodwood Festival of Speed.

The Alfa Romeo 4C has made its dynamic debut at the Goodwood Festival of Speed.

Described as the "most Alfa of the Alfas," the 240 HP (176 kW) sports car drove the roughly 2km (1.2 mile) long course to Goodwood House. According to Alfa Romeo "The height difference between the beginning and end of the route is nearly 100meters (328 feet) and the route itself is so technical and difficult that it provides a tough test for the concentration and reactions of the best drivers in the world."

The company also brought six cars from the Alfa Romeo Museum to celebrate the 50th anniversary of the Autodelta racing division. Key models include the 1967 33 Stradale prototype, the 1970 1750 GT Am and the 1975 33 TT 12 which won the Constructors World Championship.