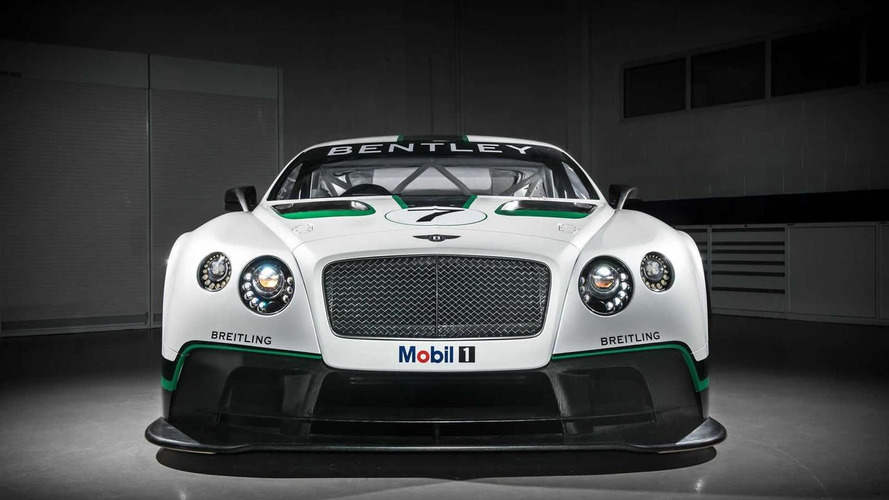 Bentley has introduced the 2013 Continental GT3 this week at the Goodwood Festival of Speed, following a teaser clip released two days ago.

Bentley has introduced the 2013 Continental GT3 this week at the Goodwood Festival of Speed, following a teaser clip released two days ago.

At its heart is a race-spec variant of the firm's twin-turbo V8 4.0-liter engine which in the unrestricted race configuration can develop 600 bhp (447 kW). Those ponies are sent to the rear axle through a carbon fiber propshaft to a six-speed Xtrac sequential gearbox with a limited-slip differential.

It has received a front/rear double wishbone suspension with four-way adjustable racing dampers, while the steering system benefits from hydraulic power assistance. Braking power is provided by ventilated iron discs with six-piston calipers for the front wheels and four-piston calipers at the back. It rides on 18-inch OZ Racing wheels wrapped around in 310/710 R18 tires.

Bentley fitted the 2013 Continental GT3 with a full aerodynamic kit for better downforce and optimized drag. Noticeable additions include a carbon fiber rear wing, splitter, as well as revised bumpers, hood, sills and fenders. The vehicle weighs less than 1,300 kg (2,866 lbs) after Bentley removed the leather and wood interior trim.

Official competition racing debut will occur next year in the FIA Blancpain Series.