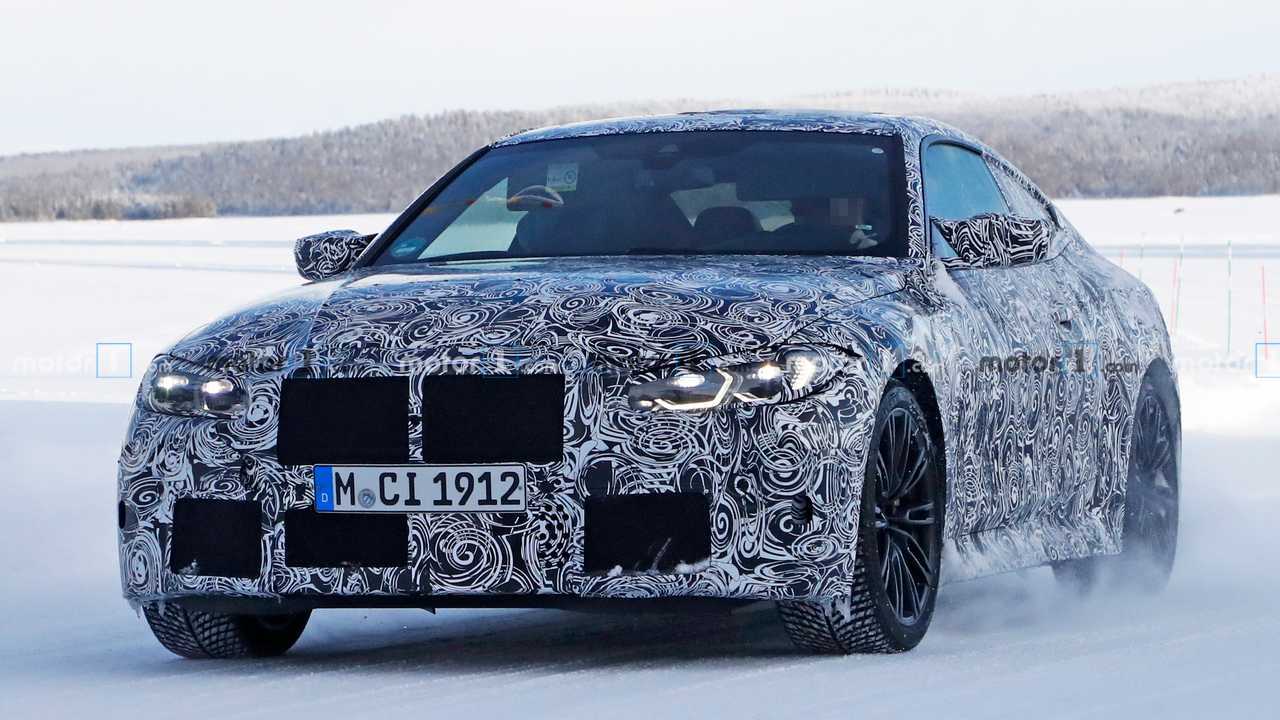 This one wears production pieces, but BMW still hides the big grille.

The development of the new BMW M4 continues, and these shots catch the upcoming coupe in the snow. The body appears largely ready for production, but the engineers still cover the front and rear to keep us from seeing the final design. Rumors indicate that the full debut happens this summer. Production starts in November, which could mean the first deliveries in the United States wouldn't be until 2021.

In these photos, the M4 has its production headlights, but panels cover the rest of the front end. Leaked images tell us what BMW doesn't want us to see is that the vehicle has a gargantuan grille. It's sure to be a polarizing styling element when the official debut happens.

The car rides on large, black wheels with an array of double spokes. Behind them, there are sizable cross-drilled brake discs. Snow on this one reveals that there are slight fender flares at both ends.

At the back, this M4 appears to have the production-spec taillights. There are two sets of dual exhausts and a small diffuser between them.

What We Know About The New M4:

The M4 will use BMW's S58 3.0-liter inline-six engine. The company confirms that the powerplant makes over 500 horsepower (373 kilowatts) in this application. The X3 M Competition already has 503 hp (375 kW), so it seems like this tune is at least the starting point for the new coupe.

BMW will offer the new M3 and M4 in several drivetrain variants. Buyers will be able to get a manual gearbox or automatic with rear-wheel drive. The all-wheel-drive model will only be available with the automatic transmission, and the system will be similar to the high-tech setup on the latest M5.