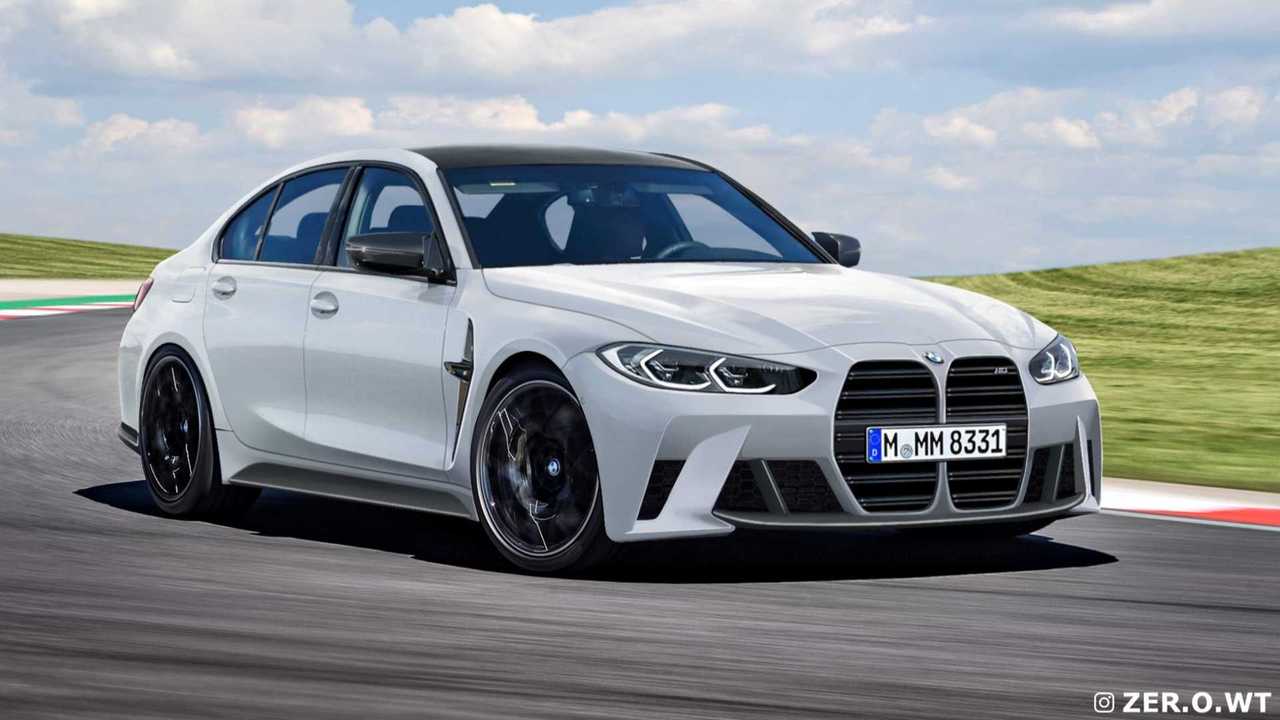 Will the BMW M3 wear a ginomous grille upfront? We know the two-door M4 will, along with the entire 4 Series but it’s not conclusive for the M3. Still, we’ve seen a few renderings of the iconic sports sedan with the massive shnoz up front, and a cool Motor1.com fan with the Instagram account zer.o.wt sent us this new rendering of what could well be the next M3.

Honestly, it’s hard to say if this interpretation takes some bite away from the huge double kidney, or if we’re just getting more used to it. We say that because it’s not horrid, or rather, it’s not horrid in the way slicing off a finger with a chainsaw isn’t as bad as cutting off your foot. It’s still polarizing to say the very least, especially with all the contrasting angles in the lower fascia. That’s not a criticism of the rendering artist – M-spec Bimmers have grown increasingly bonkers with bodywork in recent years and the squared-off chin is certainly a design trend we’ve seen on other BMW models.

Is it a look buyers could live with? BMW said it’s heard positive feedback on the big-grille approach, though pretty much every article we post about the upcoming 4 Series generates the exact opposite response from readers.

For those BMW fans yearning for something a bit more conservative, there is still hope that the M3 could wear a face similar to the standard 3 Series. Leaked photos have either claimed to show the 4 Series outright, or have been inconclusive. Additionally, M3 spy photos have kept the grille well-concealed. A video showing an M3 prototype ripping up the Nürburgring last November suggests the opening could be massive, but it’s not a smoking gun.

Caught In The Act:

New BMW M3 Filmed From Behind In Los Angeles

Ultimately, we should learn the M3’s fate later this year. Nothing is set in stone, but it should arrive after the 4 Series breaks cover in the second half of 2020. At the very latest, BMW might wait until the beginning of next year for an M3 debut as a 2021 model.