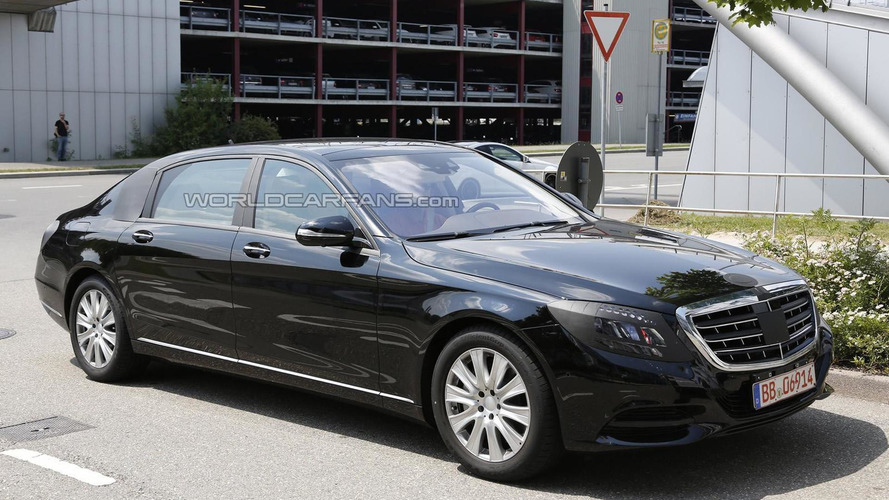 These are the first spy photos with the 2014 Mercedes-Benz S-Class Pullman which will arrive in May next year based on a recent report.

These are the first spy photos with the 2014 Mercedes-Benz S-Class Pullman which will arrive in May next year based on a recent report.

The new Mercedes-Benz S-Class was launched a couple of months ago and can be had with either a 5116mm or a 5246mm length. These two will be joined next year by an even longer Maybach-replacing variant which will have an overall length between 152-304mm longer than the standard model.

A lot of the added length will be in the wheelbase, as seen in these spy shots which show a prototype with considerably longer rear doors and C-pillars. As a reminder, the standard model has a 3035mm wheelbase while the LWB gets its wheelbase stretched to 3165mm. Previous reports have indicated the model will be even longer, with an overall length of almost six meters and a wheelbase of up to 3515mm.

Power of the S-Class Pullman will allegedly come from a twin-turbo V12 engine outputting around 600 bhp (447 kW), while a hybrid variant is likely to follow a few months after the gasoline-powered model comes out.