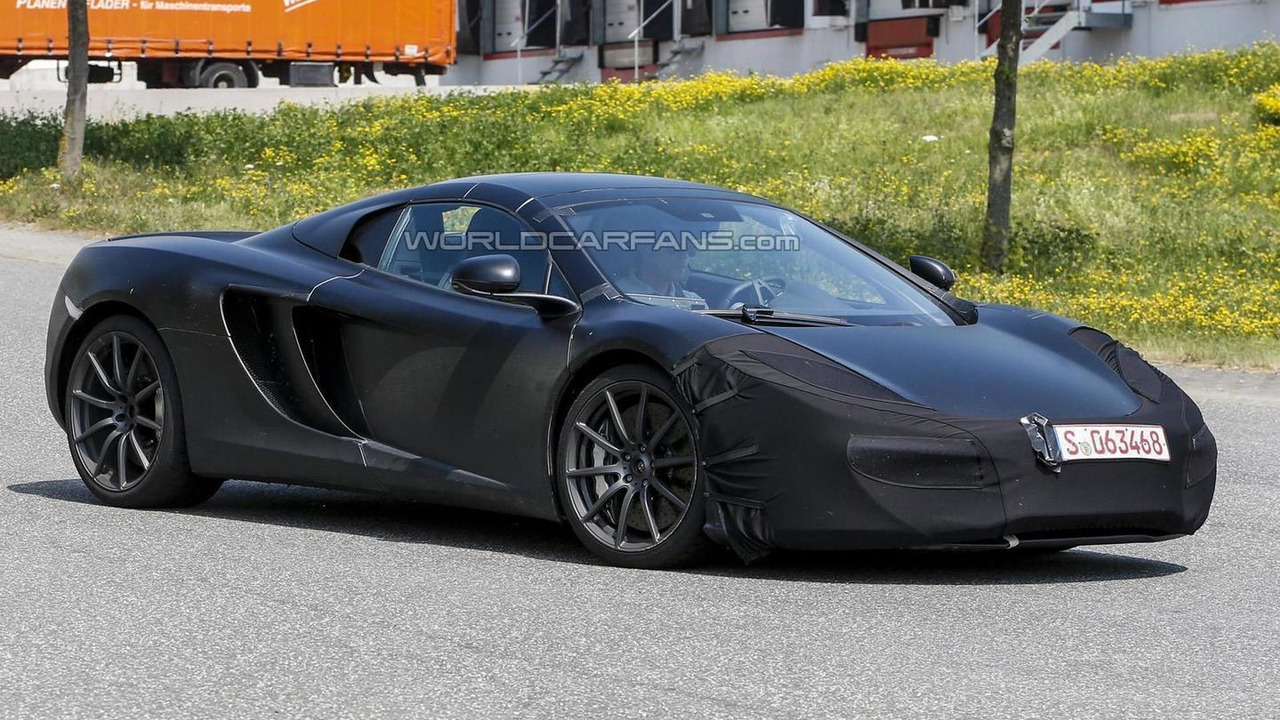 Our spies snapped a few pics with the upcoming 2014 McLaren MP4-12C which will be revealed in a few months.

Our spies snapped a few pics with the upcoming 2014 McLaren MP4-12C which will be revealed in a few months.

McLaren is getting ready for a minor refresh for its MP4-12C which will enter 2014MY with a slightly modified front bumper and revised headlights. These changes will be applied to both body styles which will probably come with a slightly updated interior as well.

A public debut should occur in September at the 2013 Frankfurt Motor Show.