The deal depends on location and automaker incentives.

Nissan unveiled a hot-looking Sentra for the 2020 model year, adopting the brand’s big V-Motion grille and borrowing more than a few design cues from its larger sedan siblings. It’s a sharp look in the compact sedan segment, and with a host of standard-issue driver assists, it’s quite a step forward from the previous edition. As such, buyers would expect to pay a bit more for a 2020 Sentra compared to 2019, and they will if it’s purchased outright. But a report from Cars Direct says that’s not the case with lease deals, at least in some areas.

Specifically, the report calls attention to a deal available right now in Califorina for Sentra SV models. Lessees can take home the sedan for $169 a month on a three-year deal, with $2,249 due at signing. Nissan also offers a lease for 2019 models that is just $139 a month, but $3,939 is required when you sign the paperwork. With the down payments factored in, the 2020 Sentra deal is actually $16 less overall.

save over $3,400 on average off MSRP* on a new Nissan Sentra

The report attributes the difference to a $1,025 leasing bonus avaialbe for 2020 models but not last year’s Sentra. Nissan also gives the new Sentra a better residual value, meaning it won’t depreciate as much as the outgoing model. That is, in theory anyway.

Get To Know The New Sentra: 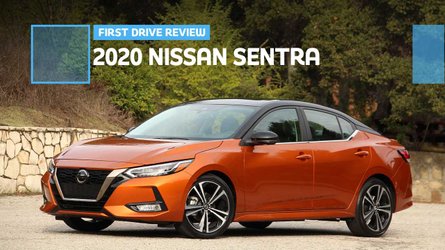 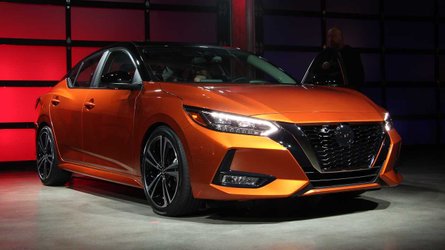 Folks looking to buy instead of lease won’t have things like lease bonuses or residuals helping on the cost. Base model Sentra S models for 2020 are $1,100 more than they were last year, which isn’t a drastic increase by any means considering the updated styling, new 2.0-liter engine, and long list of standard driver assists. However, we were a bit underwhelmed by the new Sentra in our first-drive experience as it exhibited an unwelcome amount of road noise. And though the 2.0-liter four-cylinder offers more power from last year, the Sentra felt underpowered and a bit clunky with its CVT doling out power to the front wheels.

Amid Nissan’s sales woes, the Sentra has remained a strong seller and was among the top-20 best-selling cars in the U.S. last year. We suspect the automaker is very keen to keep that momentum going with this new model, so don’t be surprised to see more Sentra incentives throughout the year.