Ford GT Future Versions To 'Up The Game'

What does Ford have planned before GT production ends in 2022?

Ford dropped a wallop of a surprise at this year's Chicago Auto Show with an updated GT. It's not often an automaker announces a limited-production supercar only to make significant changes before production ends. But that's what Ford did with the GT Liquid Carbon, a carbon-fiber-exposed GT with tweaked aerodynamics, a reworked suspension, and more horsepower. Going forward, according to an exclusive report from Muscle Cars and Trucks, any changes to the Ford GT will "up the game."

The publication spoke with Dave Pericak, Director Enterprise Product Line Management – Ford Icon. He was also the Ford Mustang chief engineer before becoming the head of Ford Performance. He told the publication, "We always up the game," when asked about what's in store for the GT's future, but he didn't elaborate. A report from October of last year suggested a hotter version of the GT was coming, though there were no specifics. That rumor could have been for the GT's Chicago show update.

The Ford GT Gets An Upgrade: 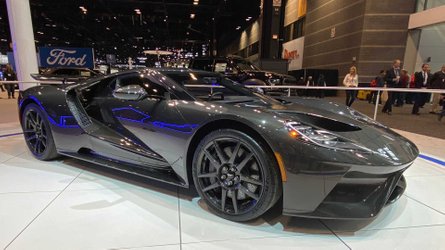 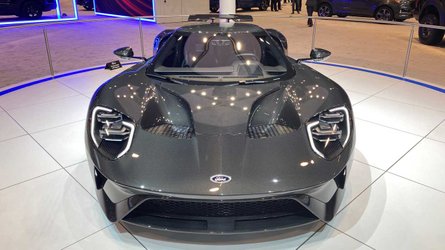 The updated Ford GT now makes 13 horsepower (9 kW) more than before, now producing 660 hp (492 kW). That's far below the 760 hp (566kW) made by the Ford Mustang Shelby GT500. How can the Ford GT be the ultimate Ford if it's less potent than the new GT500? A hotter version, before production ends in 2022, could leapfrog the GT500 in horsepower, giving Ford's supercar a proper and well-deserved send-off.

The GT received some other significant updates in Chicago than just a power bump. Along with the additional power comes a new Akrapovič titanium exhaust system, increased suspension dampening, larger intercoolers, and changes to the buttress air ducts that increase engine airflow by 50 percent. A new engine calibration gives the supercar a broader torque curve.

The Ford GT launched in 2016 with 1,350 GTs set for production. While all have been spoken for, those who haven't yet received their GT could opt for the GT Liquid Carbon model with its exposed carbon fiber. They could also benefit from whatever else Ford has planned before GT production ends.