Mystery SUV Spied For The First Time - Is It Fiat Or Jeep?

Whatever it is, we probably won't get it in the U.S.

Do you remember the Fiat Fastback concept that the Italian manufacturer revealed back in 2018 at the Sao Paulo International Motor Show? It’s probably hard to believe it but what you see in the gallery below could be a prototype of its production version. The resemblance is uncanny, right?

Jokes aside, we can’t be 100 percent positive this is indeed a productionized version of the study but this is our best guess based on the information we have at the moment. Don’t let the boxy camouflage fool you - the final design will be sleek and modern, similar to the Strada small truck revealed by the manufacturer yesterday.

While the disguise is not letting us see what’s the actual shape of the vehicle, the camo at the front hints that the headlights layout will most likely be vastly different on the production model compared to the concept.

One other interesting thing we noticed is that the test car has five lug nuts, while the Strada truck has four lug nuts. This means the two won’t share their underpinnings and we believe the new SUV will ride on the platform of the larger Toro truck. Whether the two will share the Toro’s powertrains, its nine-speed automatic, and its all-wheel-drive system, is not known at the moment. 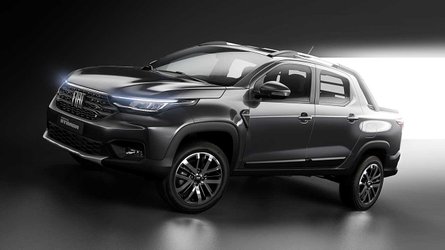 2021 Fiat Strada Debuts As A Tiny Truck For South America 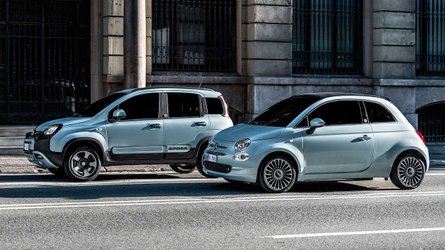 In fact, all these observations could also mean one thing - this is not a Fiat prototype at all. Our Brazilian correspondents believe this could be a seven-seat SUV from Jeep, a model to take after the Yuntu concept from 2017 as a production vehicle. Until most of the concealment is gone, we are afraid, not much else can be said so stay tuned for more spy photos and updates.