Hyundai Peers Into Its Future With 'Prophecy' EV Concept Teaser 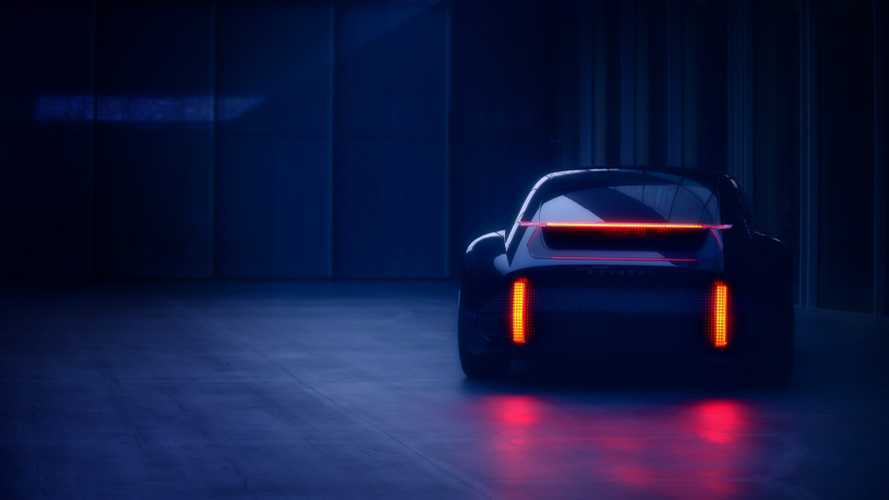 It will be revealed in full at the 2020 Geneva Motor Show in early March.

With the 2020 Chicago Auto Show quickly fading in the rearview mirror, attention now turns to the Geneva Motor Show kicking off next month. Hyundai will be there, and the automaker will bring along an interesting new electric concept car with a curious name: Prophecy. Does that mean it showcases Hyundai’s future? In some ways, yes.

In a brief press release about the concept (available below), Hyundai says Prophecy is an extension of the company’s “sensuous sportiness” design language that will take the philosophy to the next level. What that means exactly is anyone’s guess at the moment, as the teaser photo above shows just the concept’s backside. We can see wide, rounded rear fenders and an expansive honeycomb space in between, containing a pair of vertical taillights. The roof appears tall and rounded with a horizontal third brake light appearing to bisect the back window in a boattail fashion. Honestly, from this perspective, it sort-of resembles a bulky Porsche 911.

The Latest From Hyundai:

Despite its prophetic name, Hyundai says this concept points to future designs but will be a singular icon for the automaker’s EV offerings. In other words, it should've become a production vehicle.

“Prophecy does not follow trends. It accentuates timeless beauty that will stand the test of time,” said SangYup Lee, who leads Hyundai’s global design center. “Its iconic design stands to expand Hyundai’s design spectrum toward even broader horizons.”

Along with showcasing future design trends, the Prophecy EV concept will be part of Hyundai’s larger plan to outline its electrification strategy at the famous auto show. It will be revealed on March 3 ahead of the Geneva Motor Show’s public opening, but you can expect to see more teasers like this one between now and then.

“”Prophecy” does not follow trends. It accentuates timeless beauty that will stand the test of time,” said SangYup Lee, Head of Hyundai Global Design Center. “Its iconic design stands to expand Hyundai’s design spectrum toward even broader horizons.”

The name “Prophecy” reflects the concept’s purpose, defining the direction of future Hyundai designs, while establishing itself as a design icon for Hyundai’s EV lineup.

The Hyundai “Prophecy” concept EV will be unveiled to the world on March 3 at the Geneva International Motor Show (11:45 CEST, Stand 4252 / Hall4). Hyundai Motor will be showcasing electrification strategy under the concept of 'Real Progress is in the Air’, which is inspired by new brand vision(Progress for Humanity) and exhibition contents.