That's a lot of wagon for the price.

Station wagons aren’t dead in the U.S. just yet. Most recently we have Audi giving us some fresh blood, notably with the insane RS6 Avant. We acknowledge that Audi is taking a risk by bringing the superwagon stateside, where buyers vastly prefer trucks or SUVs as their family-oriented vehicle of choice. Case-in-point is Jaguar, which offers its handsome XF Sportbrake starting at $65,150. Why do we use that as an example of risk? Because it’s 2020, and apparently quite a few Jaguar dealers still have 2018 models they’re trying to sell.

Mind you, these all aren’t base-model wagons either. A report from Autotrader identifies several Sportbrakes still available at dealerships across America, including some of the snazzy First Edition models that usually get picked up by devoted enthusiasts. The car pictured at the top of this article is actually a Sportbrake S AWD model, selling for $59,273 at Jaguar Bellevue in Washington.

That’s upwards of $20,000 under the original MSRP, and it even undercuts a base model 2020 Jag by a few grand. This is the hot version too, with a 380-horsepower (283-kilowatt) supercharged 3.0-liter V6 under the hood. Standard-issue Sportbrakes start life with a 296-hp (221-kW) turbocharged four-cylinder. 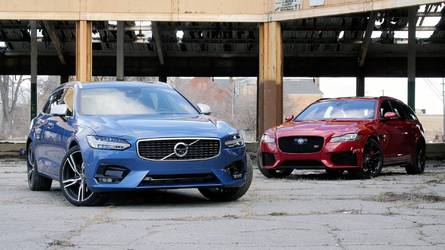 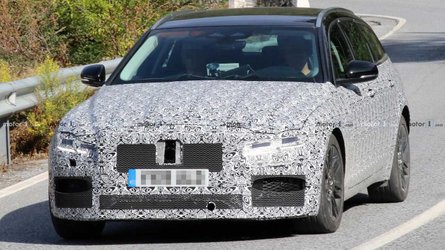 So yeah, we can appreciate the gutsy move Audi made by bringing the RS6 Avant to the U.S. market. We don’t yet know what the RS6 will cost, but all indications are that it will be in the six-figure range. If Jaguar is having trouble moving sporty wagons in the $65,000 to $80,000 bracket, the RS6 will likely be a very tough sell in a market where buyers would rather choose a high-performance SUV. Admittedly, the RS6 is far more powerful than the Jag so it will be a low-volume machine anyway.

In the meantime, it seems America’s general lack-of-interest in sporty long roof transportation could mean more smashing deals like the aforementioned Jag.