Dealer markups, unfortunately, are part of the business. We’ve seen some pretty egregious examples in the past, particularly for cars like the Toyota Supra and Dodge Challenger Demon. But the latest instance of extreme price-gouging comes from – of all brands – a Subaru dealership. One California dealer wants an additional $50,000 on top of MSRP for a rare WRX STI S209.

According to The Drive (tipped off by a Facebook post), Serramonte Subaru in San Francisco wants $115,750 for a rare Subaru WRX STI S209. The going rate from the factory for that car is just $63,995 (before $885 destination fees). Like the Supra Launch Edition and Dodge Demon dealers have marked up in the past, this Subaru is extremely rare. The company promises just 209 examples worldwide. But asking an extra $50,000 on top of MSRP seems excessive. 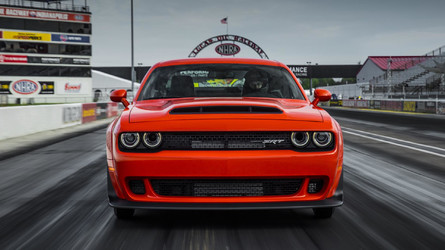 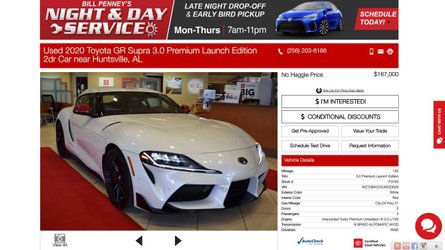 Some shoppers, so peeved by the markup, have taken to Yelp. Marwan Q writes, "they've added a market adjustment price to the STI S209 of $50,000 on top of its $66,000 price because 'Only 209 Made!' Making the total price for an Impreza $116,000." Another user writes, "enough of this insane mark up, or I’ll continue to keep your rating as low as possible." Serramonte Subaru currently has multiple one-star reviews online.

The S209 in question hit the market a few weeks ago, but according to The Drive, still hasn’t moved from the lot. Thankfully, those shopping for an S209 do have other options to choose from. This one, listed in Cherry Hill, New Jersey, costs $89,999. Another example listed in Miami, Florida, asks just $65,727. So if you want the 341-horsepower (245-kilowatt), limited-edition Subaru – shop around.