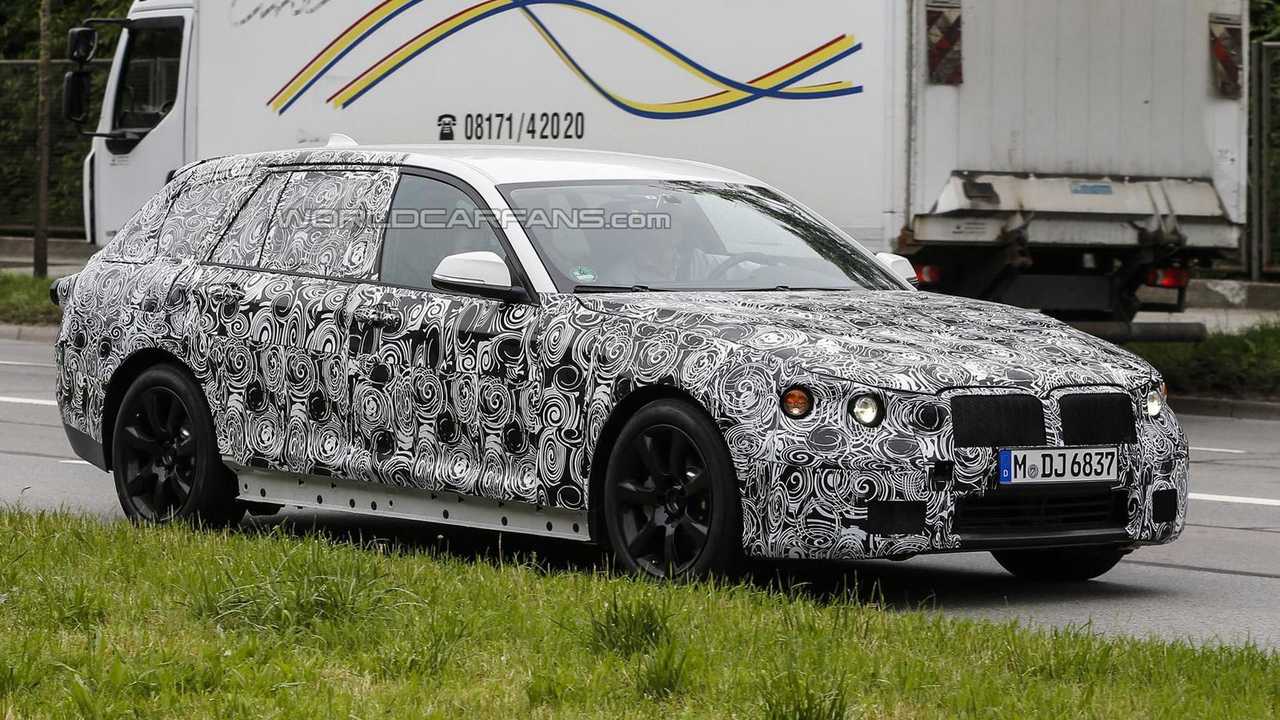 These are the first spy photos of the next-gen BMW 5-Series which is scheduled to come out in 2016.

These are the first spy photos of the next-gen BMW 5-Series which is scheduled to come out in 2016.

It was less than two months ago when BMW facelifted the current-gen 5-Series lineup and now they already started working on its replacement. Seen here is the Touring variant which has new door handles, air breather in the front wings, front doors, A-pillar and a sharp horizontal edge over front and rear doors, along with flatter rear windows and different taillights.

Design is said to take influences from the Vision Connected Drive concept, while next-gen 7-Series-derived CFRP technology should find its way on the smaller 5-Series to lower the car's weight. Interestingly, our sources are indicating that a high-efficiency model could be in the works with a small three-cylinder diesel engine.