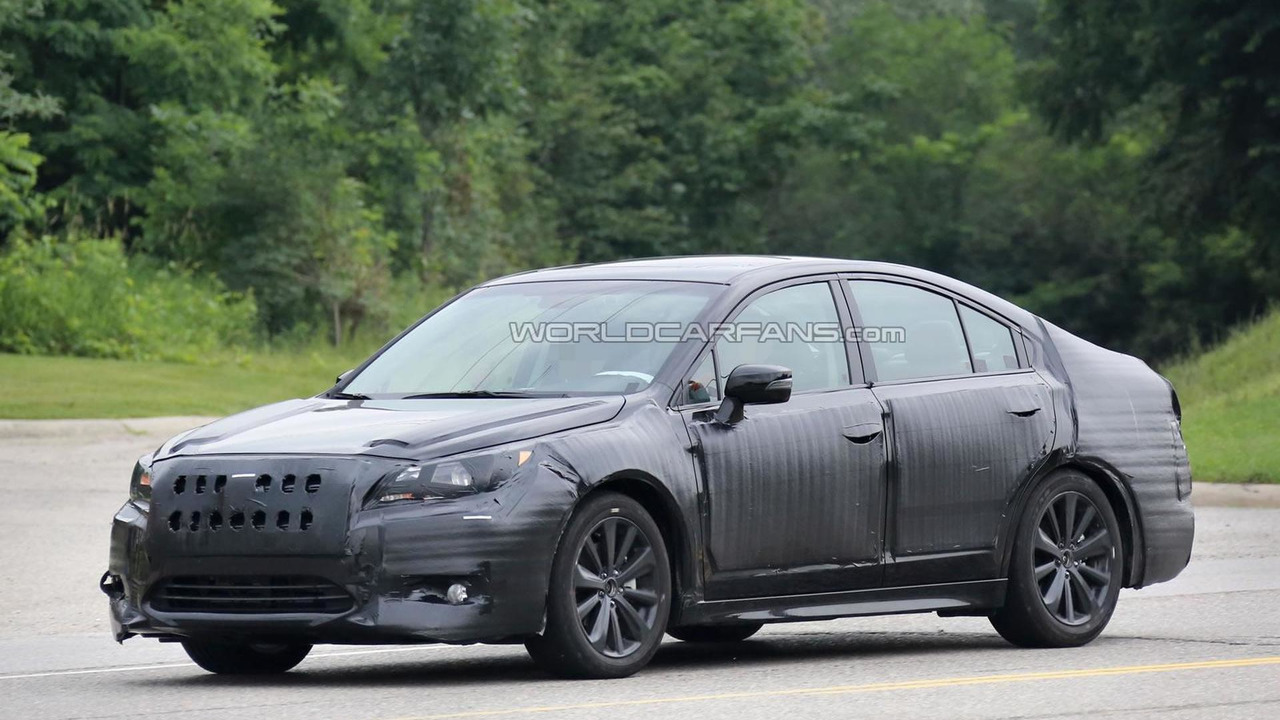 The new generation of the Subaru Legacy has been spied testing in Michigan ahead of an official reveal set for 2014.

The new generation of the Subaru Legacy has been spied testing in Michigan.

Set to receive a sleeker profile with a sloping roofline, the all-new Legacy will have sweptback headlights and a more aggressive front fascia, while at the back the taillights should borrow some of design cues seen on the jaw-dropping WRX Concept showcased earlier this year at New York Auto Show.

All-wheel drive and a hybrid version are in the works for the new Legacy which will be revealed sometime next year as a 2015MY. Despite the heavy camouflage, we already can tell the all-new Legacy will be a looker and hopefully photos with prototypes wearing less makeup will arrive soon.