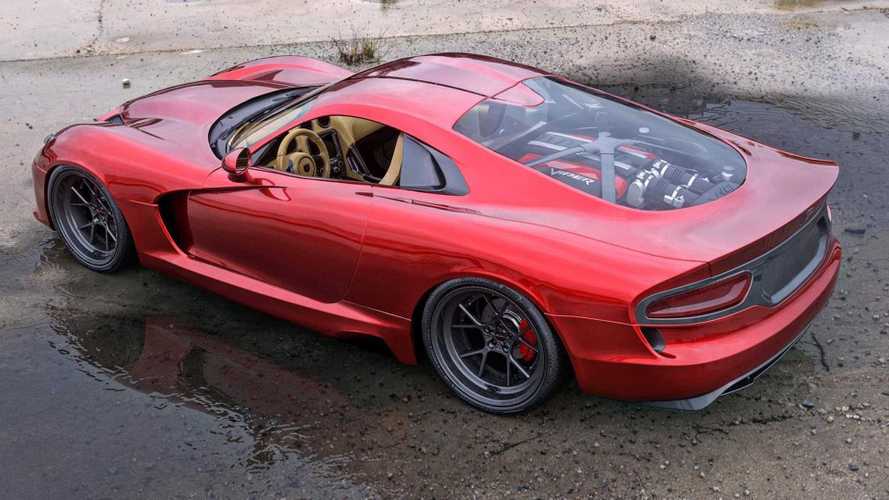 The idea is great, but the Viper is dead.

The Dodge Viper is gone but not forgotten. Since the Chevrolet Corvette is now a mid-engined machine, Abimelec Design imagines a revised Viper with its powerplant behind the driver. The resulting vehicle is handsome. Too bad there's no chance of this model ever going into production.

Abimelec Design's rendering uses the final generation of the Viper as the starting point. It even retains the hood scoop and vents, which are no longer necessary since the engine is in the back.

The big changes start at the B-pillar where Abimelec Design adds a more gradual slope to the rear deck. This creates the extra space for fitting the V10 engine in the back. The powerplant is visible through the glass. More rounded fenders make this Viper look a little less muscular than the real thing.

The last-gen's Viper 8.4-liter V10 pumped out 645 horsepower (480 kilowatts) and 600 pound-feet (812 Newton-meters) of torque. A six-speed manual sent the output to the rear wheels. The mid-engined layout would likely result in an improved weight distribution, which could make the model a better handling machine.

There's No Venom Left In The Viper:

Dodge struggled to find buyers for the last-gen Viper, especially after the Challenger SRT Hellcat arrived with more power than the brand's halo car. It's still possible to find a few new examples at dealers if the big V10 calls to you, though.

The new rendering is Abimelec Design's second effort at imagining a mid-engined Viper. Last year, the second-generation version of the sports car got this he speculative treatment (gallery above). In an alternate universe, it would have competed against the Chevy Corvette C5 and would have decorated the walls of kids' walls.