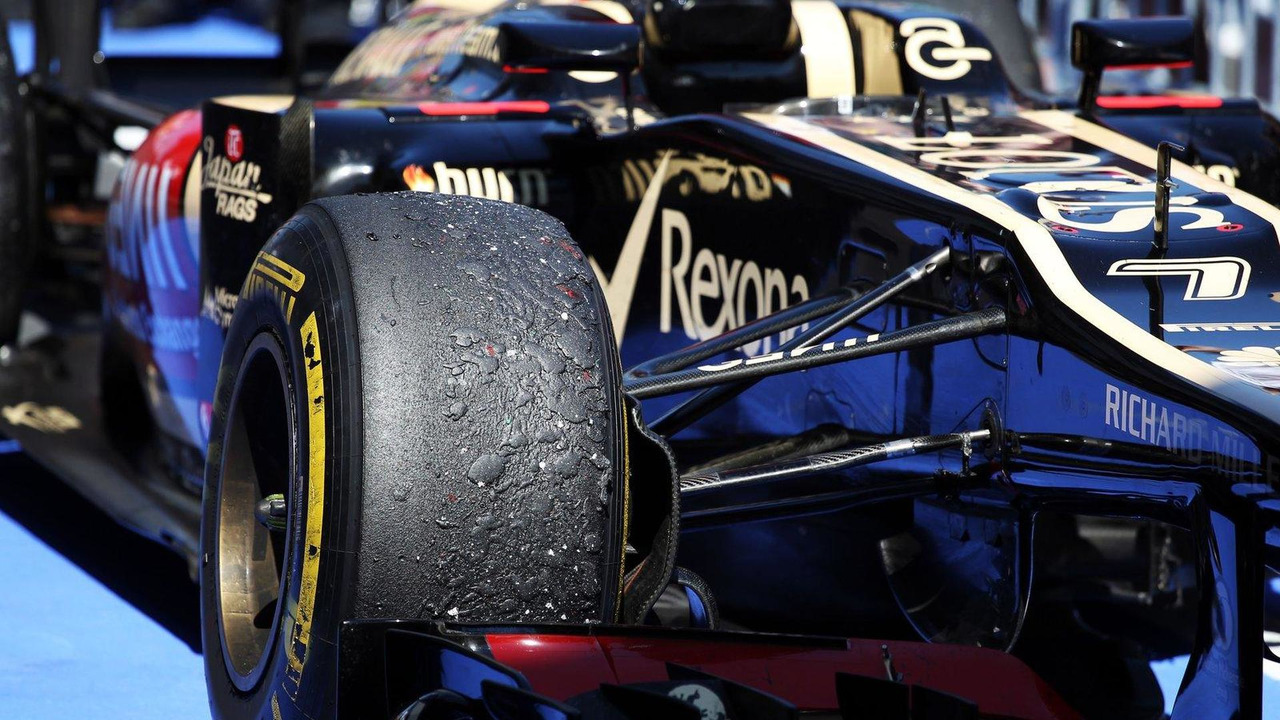 After the chaos of Silverstone and the subsequent boycott threats, there were no more exploding tyres throughout the Nurburgring weekend. But Pirelli is still a major point of discussion. The Itali...

After the chaos of Silverstone and the subsequent boycott threats, there were no more exploding tyres throughout the Nurburgring weekend.

But Pirelli is still a major point of discussion.

The Italian supplier reacted hurriedly to the British grand prix crisis by rushing into use the new kevlar-belted rear tyre.

And in Hungary late this month, after the young drivers test at Silverstone, an all-new tyre - the 2012 construction fitted with 2013 compounds - will debut.

Or will it? Sebastian Vettel suggested Pirelli might change its mind after the forthcoming Silverstone test.

"I think Pirelli will make up their mind then," he said. "So I think at this point we don't know which tyres we are probably running in Hungary."

Lotus had initially blocked the introduction of the new kevlar tyres on sporting grounds, but ultimately had a highly-competitive weekend at the Nurburgring.

"I think we'll have to ask Pirelli to keep this weekend's specification of tyres for the rest of the season," said team boss Eric Boullier.

So it seems the latest argument about tyres is kicking off.

Mercedes, for instance, have been pushing hard for the tyre change, believing that the steel-belted construction was overheating more than the kevlar ones would.

But the German team struggled markedly on Sunday.

"I have to hold myself back -- I have nothing positive to say about these tyres," said the Briton.

"If you can't get past a Sauber, you know you have issues, especially when you were over a second faster in qualifying."

Team director Toto Wolff told Germany's Sky: "It's kind of strange that, within one week, a winning car is now fifth or sixth.

"At least by not testing at Silverstone we have more time to think," he joked.

Like the now-struggling Mercedes, Red Bull had also pushed for the change, but Vettel duly raced to victory.

"Our compliments to Pirelli," said the championship leader.

"They had a lot of criticism after the last race but it looked like they made up for it this race," added Vettel.

Insisting he was speaking only on behalf of "safety", he said: "Whether it suits your car or not is secondary."

But that's an easy thing for a race winner to say. For a team like Ferrari - who like Lotus initially resisted the change - the jury is still out.

Asked if the change has affected the balance of power, team boss Stefano Domenicali admitted: "Of course, although I cannot say exactly to what extent," he is quoted by Russian website f1news.ru.

Red Bull's Dr Helmut Marko duly disagreed: "No, I would not say that.

"I think the situation overall is quite normal," he is quoted by Speed Week.

Pirelli's careworn Paul Hembery commented: "We have become a scapegoat for some of the problems in this sport this season.

"I think formula one should be a little more courteous to its tyre manufacturers," he is quoted by Germany's RTL.