Late last year, Chevy trotted out an all-new version of the Tahoe alongside its larger Suburban sibling. The new model has a host of upgrades over its predecessor, but one thing that’s not significantly changing is the price. While Chevy didn’t release Tahoe pricing information when it unveiled the SUV, Car and Driver was able to confirm the Tahoe’s pricing through a Chevy spokesperson. The entry-level Tahoe LS trim will start at $50,295, which includes the $1,295 destination charge (all prices include the destination charge).

The mid-grade Tahoe LT trim sees the price increase to $55,095 to start. The top-tier Tahoe Premier will begin at $63,895. There will be a long-wheelbase version coming as well, which will begin production after regular 2021 Tahoe production starts. Tahoe diesel engine production commences later this fall.

2021 Chevy Suburban, Tahoe: How Do They Compare To The Competition?

Along with the new diesel engine, the 2021 Tahoe arrives with an appearance that borrows heavily from the Silverado’s controversial styling. That styling is on a much bigger vehicle, too – the wheelbase is 4.9 inches (124 millimeters) longer while the overall length increases by 6.7 inches (170 mm.). Cargo space behind the third row grows 66 percent over the current model. Pair that extra length with an all-new multi-link, independent rear suspension, and passengers should have plenty of room. 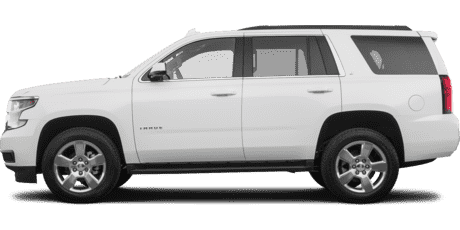 The 2021 Chevy Tahoe is expected to begin arriving at dealerships in mid-2020. One trim that hasn’t had pricing information released yet is the model’s new High Country that is a step above the Premier in the model’s trim hierarchy. That price could near, or exceed, $70,000, packing in even more luxuries and features.