Nissan Titan Might Have Raptor-Fighting Model On The Way: Report

Unfortunately, the model isn't coming in the immediate future.

The Nissan Titan looks to get a Ford F-150-Raptor-fighter in the future. According to Tiago Castro, Nissan's Director of North American Light Commercial Vehicle, the rugged truck is "absolutely" under consideration based on a discussion with CarBuzz.

"There's an opportunity to do a bit more [than Pro4X]," he told CarBuzz. However, he tempered things by saying, "at this point, we're focusing on Pro4X." This indicates the meaner model isn't coming too soon.

Unfortunately, there are no details about what Nissan intends to do with its rugged Titan. Following the Raptor's lead would suggest adding more power, fitting a more capable suspension, and installing drivetrain components for giving the pickup more traction off-road. 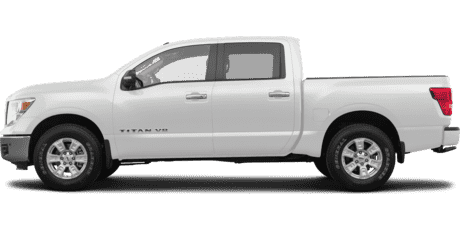 The meanest Titan currently is the model with the Rocky Ridge package. It lifts the ride height by six inches and adds nitrogen-charged rear shocks. The rig also rides on 20-inch wheels with 35-inch Mickey Thompson tires. Skid plates and body cross members add to the package.

The Latest Tales About The Titan:

The 2020 Nissan Titan starts at $36,190 (before the $1,595 destination fee), and the Titan XD goes for $44,580. The most expensive model is the Titan XD Platinum Reserve in a crew cab body with a four-wheel-drive powertrain that carries a cost of $61,690. All of the variants use a 5.6-liter V8 producing 400 horsepower (298 kilowatts) and 413 pound-feet (560 Newton-meters) of torque that runs through a nine-speed automatic gearbox. The new trucks are available in showrooms now.