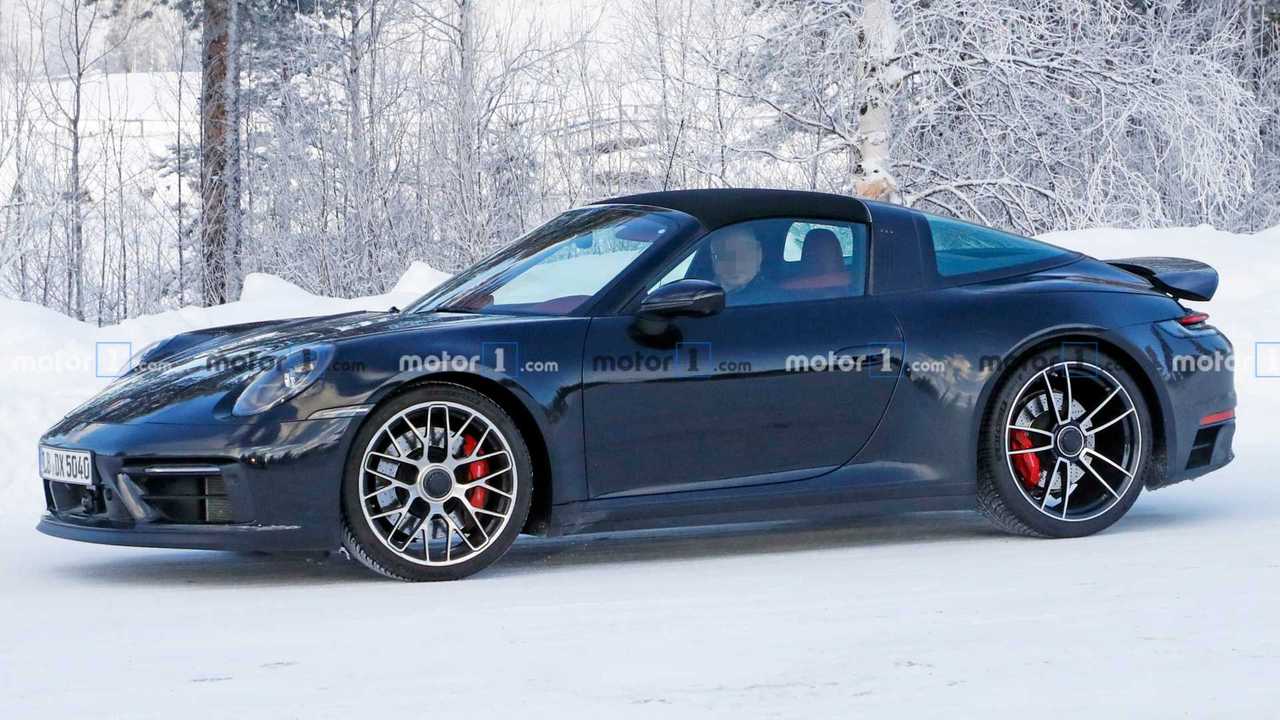 The GTS adds different parts to the body, center-lock wheels, bigger brakes, and a power boost.

Porsche puts the finishing touches on the 992 generation of the 911 Targa, and these photos catch the model without any camouflage while driving on a snowy road. Look for an official debut soon, possibly as soon as the Geneva Motor Show in March. Sales should start before the end of the year. The pricing would be a bit more than a comparable 911 Carrera coupe.

Porsche 911 GTS Spied In Eye-Catching Green With No Camouflage

Our spies believe this is the sporty GTS variant of the 911. The discernable changes include a more aggressive front fascia and a rear bumper with more vents around the exhaust outlets. It also has center-lock wheels and big, cross-drilled brakes. The suspension also looks slightly lower. Rumors indicate this trim would also have a slight boost in output to over 460 horsepower (343 kilowatts), rather than 443 hp (330 kW) from the Carrera S. Depending on the buyer's preference, rear- or all-wheel-drive layouts would be available.

It appears that Porsche isn't making any major alterations to the new Targa's roof structure. Like the current model, expect there to be a complicated mechanism where the rear deck lifts, and the panel above occupants folds into that space.

Previous Looks At The New 911 Targa:

As in previous generations, the Targa offers a compromise between a coupe and convertible. With the roof panel stowed away, occupants get an open-air experience. Putting it in place provides all-weather protection.

Other than the different roof, the Targa should be identical to the rest of the 911 Carrera lineup. Like recent generations of this body style, don't expect it to be available on the 911 Turbo.