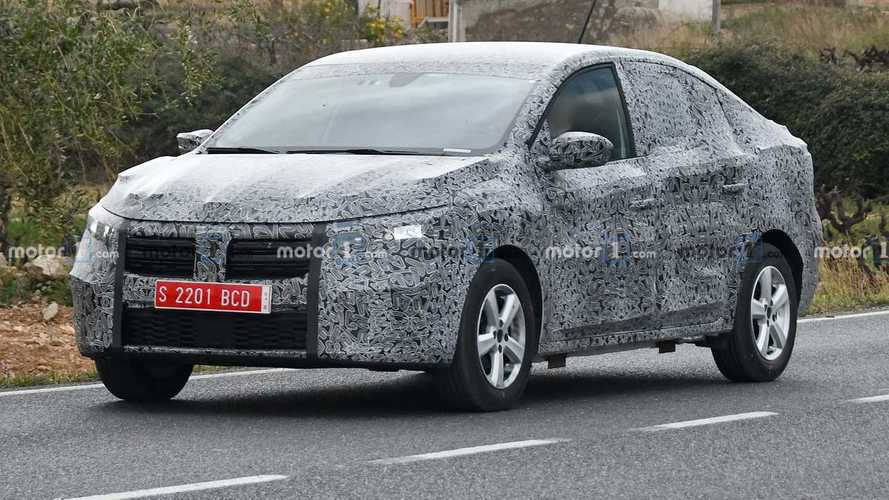 One of the most affordable sedans in the world will be all-new for 2021.

Having seen several prototypes of the new Dacia Sandero undergoing testing, it comes as no surprise we’ve just received a fresh batch of spy shots with its sedan sibling. Meet the all-new Logan, complete with LED headlights to signal the subcompact sedan is getting a long-overdue refresh and ditch its Renault Clio Mk2 bones from the late 1990s. As previously noticed on its supermini cousin, there are now pull-out door handles replacing the rather archaic top-hinged handles of the outgoing model.

Despite the full camo attire, we do notice the prototype appears to have a gently sloped roofline lending the small sedan a more modern look compared to the brick-like shape of the outgoing Logan. The greenhouse is also different as the rear-door window appears to be slightly bigger than before, which could mean the third generation of Romania’s low-cost sedan will grow in size. That should translate into more legroom for those sitting in the back where the current model already excels among segment rivals.

At the back, the trunk lid remains tall and should provide access to a generous cargo area seeing as how the existing Logan already offers 510 liters (18 cubic feet) with the rear seats in place. Some LEDs could find their way inside the taillights as well, but don’t expect the car to have a full-LED setup as that would prove to be too expensive for what is essentially a no-frills sedan.

There are still no images of the interior, but once again, we can see in some of the shots that the Logan will switch to a tablet-like infotainment system obviously shared with the Sandero. That’s going to heavily impact the design of the dashboard, which will likely have nothing in common with the aging models on sale today.

Dacia and its parent company Renault have been rather coy on details regarding the revamped models, but it is widely believed they’ll sit on a cheaper-to-build variant of the CMF-B platform shared with the Nissan Micra and the latest Clio. The base models will likely be powered by a naturally aspirated 1.0-liter three-cylinder engine with 65 hp and 75 hp as it’s the case with the Clio, with a beefier 1.0-liter turbo to pack 100 hp.

We wouldn’t get our hopes up too high for the 1.3-liter turbo with 130 hp as that might cannibalize sales of the fancier Clio. Diesel engines should include the familiar dCi 85 and the punchier dCi 115. While the Clio recently gained a plug-in hybrid E-Tech model, rumor has it Dacia will have a regular hybrid powertrain for the Sandero Stepway.

Dacia is expected to debut the two cars at the Paris Motor Show in October and have the Logan and Sandero on sale in Europe either by the end of the year or early 2021. When it does eventually arrive, the Logan won’t have to worry about the Skoda Rapid as the liftback has been reduced to the Russian market, with the rest of Europe getting the more upmarket Scala. The SEAT Toledo is also gone, so the car’s main rivals will be the Citroen C-Elysée and Peugeot 301 twins.