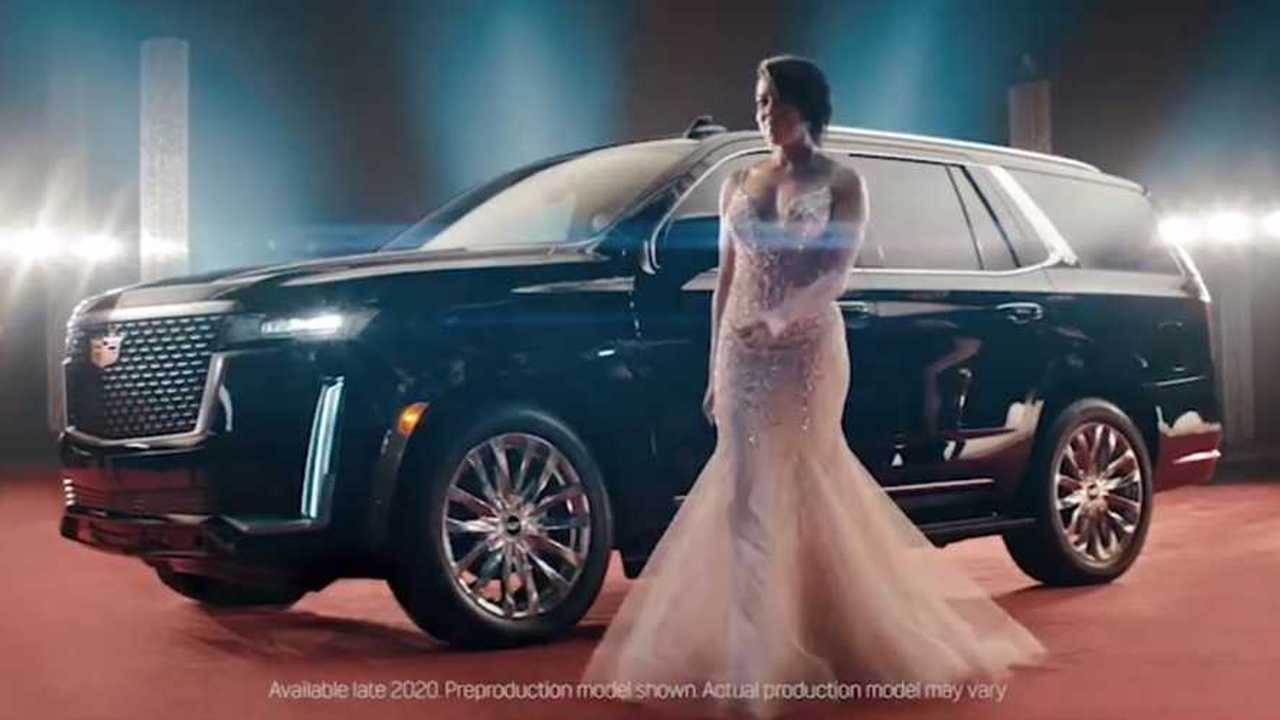 The Oscar award-winning actress arrives on the red carpet in style.

As some of you will recall, Cadillac joined forces with filmmaker Spike Lee to introduce the all-new Escalade earlier this month through a two-minute “Anthem” clip. For last night’s Oscars, Caddy teamed up with another important member of the movie industry by hiring Regina King to promote the fifth generation of the company’s fullsize luxury SUV.

Last year’s winner of an Academy Award for Best Supporting Actress gets behind the wheel of the revamped Escalade and heads to the red carpet at the Dolby Theater, home of the Oscars since 2001. The video is a good opportunity to get a bit more familiar with the posh SUV and see how its triple curved OLED setup with 38 inches of screen real estate looks at night. It certainly makes the Escalade stand out in a crowded segment, but the new generation is more than just a few pretty screens.

Cadillac aired “Make Your Way” starring Regina King last night during the event, which the luxury American automaker sponsored alongside Google, Verizon, and Rolex. Ad prices for the Oscars are some of the highest on TV, behind the Super Bowl, with a 30-second commercial such as this one costing car manufacturers millions of dollars to air on TV.

The company’s YouTube account hosts a second video with Regina King, talking about her career and how “Cadillacs have always represented success.” Attached below, the extended clip shows the 49-year-old actress and three-time winner of a Primetime Emmy Award praising how the vehicles carrying the famous crest drive. She goes on to say there’s a certain “swag to Cadillac,” which is a hip way of saying they’re cool.

Everything You Need To Know About The New Escalade:

Revealed in both standard- and long-wheelbase ESV forms, the revamped Escalade is scheduled to go on sale in the United States towards the end of the year. Other markets will follow in 2021.