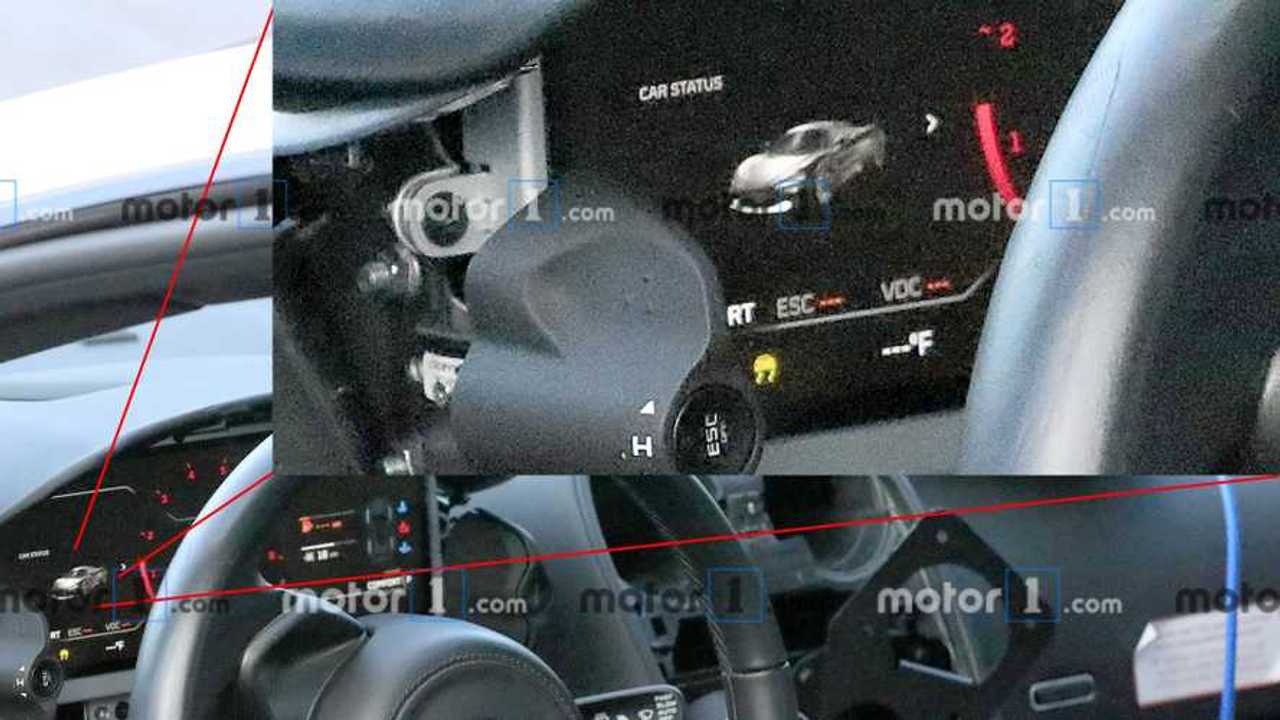 Just a couple of days ago, we received a batch of spy photos showing a McLaren test mule. The big news was that it appeared to have a hybrid powertrain, identified by the hybrid prototype sticker it was wearing on its side. The front also had some janky, ill-fitting panels indicative of a test mule hiding new gear beneath a familiar body. That point was further driven home with a single shot showing a cobbled-together interior with a digital screen stuck behind the steering wheel. At the time, we didn’t think much about that shot.

Then we took a closer look.

It turns out, there could be even bigger news from this set of photos than we originally thought. Could the car on that screen actually be the next-generation McLaren hybrid supercar this test mule is trying to hide? We spent a little bit of time in Photoshop tweaking photo levels to see if there was anything more to identify, ultimately boiling it down to light and shadow.

Admittedly, it’s not a clear shot by any means but it’s enough for us to see the vehicle depicted on the screen doesn’t look like this 570S. For that matter, it doesn’t look like anything in the automaker’s Sports Series. It sort-of resembles the 720S, but the headlights and front fascia appear different. Again, we’re working from a very pixelated close-up of a spy shot of a test mule. But we can’t ignore the fact that this little digitized car doesn’t match up with any McLaren currently for sale. Could this be a glimpse of McLaren’s next-generation platform before we’re supposed to see it?

We haven’t heard any rumors about McLaren's forthcoming hybrid plans, other than the first new car will herald a wave of hybrids that will ultimately electrify McLaren’s full lineup. If that makes you sad, McLaren says at least one of these cars will hit 60 mph in 2.3 seconds. And since we’re talking about hybrids, there will still be internal combustion power. The 4.0-liter twin-turbo V8 could stick around for some models, but McLaren is developing a new V6 that will play a large role in the hybrid puzzle.