Hummer EV Truck Will Have Up To Three Electric Motors

It was just last week when General Motors slapped the automotive industry in the face with news it would resurrect the Hummer nameplate – badged as a GMC. That news alone was enough to worry historians curious if GM had learned anything from 2008. And, boy did it. Instead of a brawny SUV with a gas-guzzling V8 under the hood, GM decided batteries would power it. Details about the truck were initially scarce, but GM’s recent fourth-quarter earnings results webcast has provided a few tidbits about what to expect, including that the GMC Hummer EV will have up to three electric motors.

All The Details So Far: 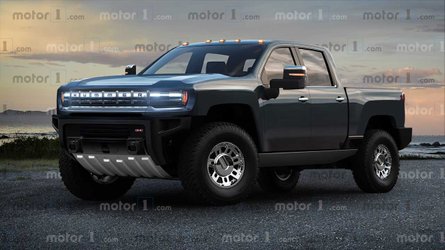 When the GMC Hummer EV truck arrives, it’ll offer up to three electric motors. These will offer different electric ranges and multiple levels of performance at varying price points. That sounds good on paper but does little to solidify any concrete details about the truck other than the number of motors it'll have. The news came from GM President Mark Reuss, who went on to say that if customers wanted a “basic package” the Hummer EV would offer it, just as it would offer something for customers wanting a truck with off-road and towing capabilities.

The electric Hummer debuts in full on May 20 ahead of its on-sale date of fall 2021. It’ll offer more than 1,000 horsepower (745 kilowatts) and generate a reported 11,500 pound-feet (15,590 Newton-meters) of axle torque. The truck should hit 60 miles per hour (96 kilometers per hour) in about 3.0 seconds. We’ll know in May how many motors are needed to deliver that level of power and performance. 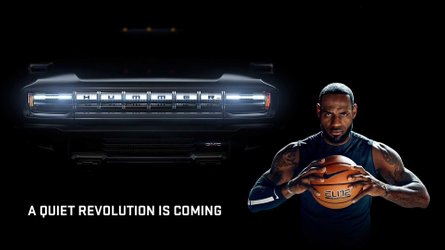 Details about other levels of performance, the truck’s range, and it’s price all remain locked away in GM’s vault of future products. It’s unlikely GM will release too many details before the Hummer’s official unveiling in a few months. That won’t stop it from teasing the hell out of it, though.