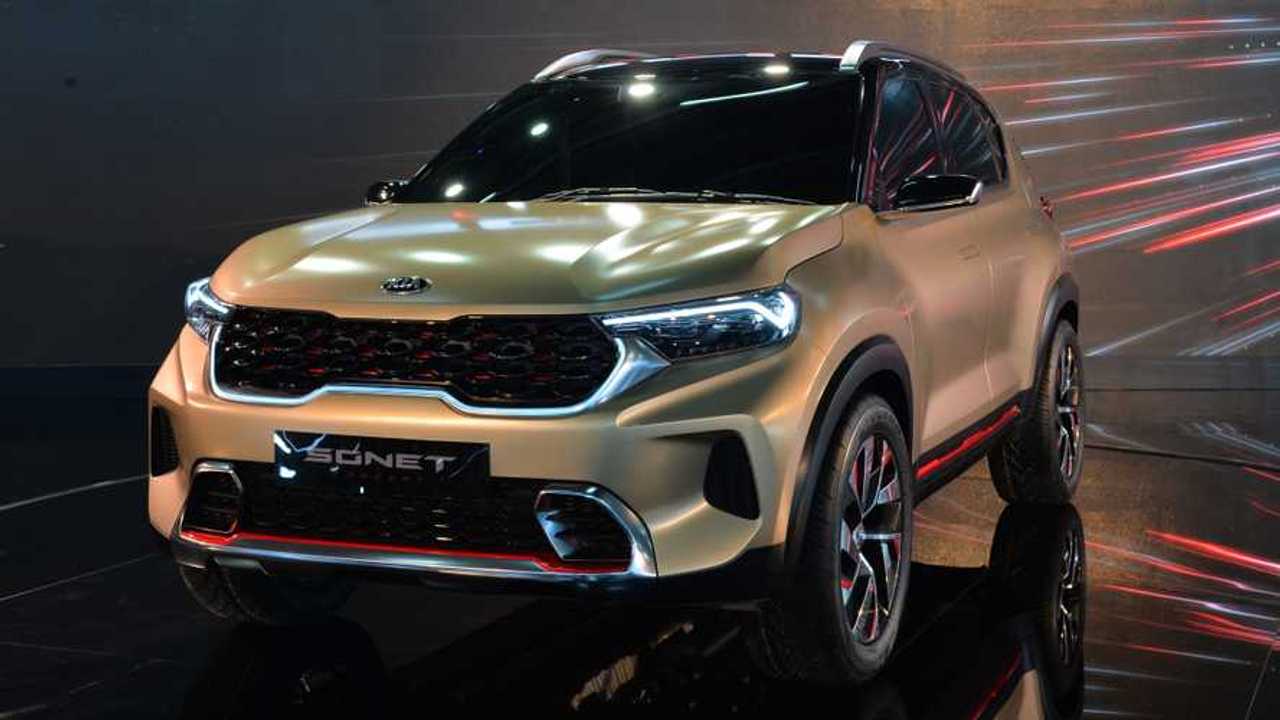 The tiny crossover will go on sale locally in the second half of the year.

Not to be confused with the Stonic sold in Europe, the Sonet is a pint-sized crossover bound to enter the Indian market as the third model after the Seltos and Carnival. It’s only a concept for the time being, but Kia says it will morph into a production model for India in the second half of the year. Meanwhile, the showcar is currently being exhibited at Auto Expo where it shares the spotlight with the two aforementioned models.

Just how small is it? Well, Kia is being coy on technical specifications, but the Sonet is expected to have an overall length of less than four meters (157.4 inches) to qualify for the lower taxes applicable in India. That will make it about 140 mm (5.5 inches) shorter than the already tiny Stonic and will, therefore, slot at the bottom of Kia’s global crossover line. Well, there’s also the Picanto X-Line, but that’s essentially a jacked-up hatchback with some SUV-esque cues.

The Sonet looks pretty much ready to hit the assembly line, save for those pop-out door handles and the small side mirrors. The headlights and taillights might not look as sleek on the production model, but the general idea will be similar. We applaud Kia for coming up with a fresh design as the city-oriented crossover looks quite different compared to the company’s other high-riding models.

In the official renderings and the actual images taken at Auto Expo 2020, the vehicle’s windows are all blacked out. It’s a sign Kia is not ready yet to reveal the interior cabin, but it does say it offers best-in-class space and comes with some features never seen before in this segment. We also get to learn there’s a 10.25-inch infotainment with navigation, a Bose sound system, and what the company refers to as an “intelligent manual transmission.”

It will go up against the mechanically related Hyundai Venue, which in Indian specification is slightly smaller than the U.S. model to qualify for the lower Goods and Services Tax (GST). Other competitors will include the Maruti Vitara Brezza, Tata Nexon, Mahindra XUV300, and new models coming from Renault and Nissan.

Kia says the Sonet is a global model, so expect to see it in other markets as well.

The Kia Sonet concept, revealed for the first time today, previews the third product offering from Kia Motors in India. Targeted at a demographic that is always connected to the world in more ways than one, the Sonet is designed to exceed customers’ lifestyle and technology expectations.

Inside, Sonet is made for the young, social, connected, tech-savvy Indian. The cabin is fitted with a 10.25-inch infotainment and navigation system with UVO Connect, a Bose premium audio system, and an intelligent manual transmission (iMT). The Kia Sonet concept also hints at best-in-class interior space, and certain first-in-class features especially crafted for the Indian consumers.

The Sonet is testament to Kia’s focus on consumer insight-driven product innovation and orientation. It previews a future compact SUV, due to launch in India in the second half of 2020.