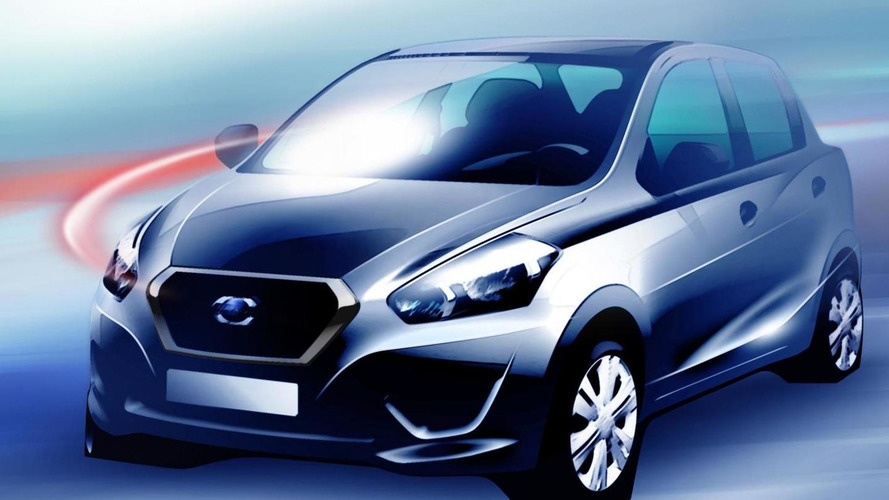 Reborn Datsun has released two design sketches of their new model which will be revealed on July 15th.

Reborn Datsun has released two design sketches of their new model which will be revealed on July 15th.

Created primarily for the Indian market, the first Datsun model won't impress anyone in terms of design originality but still looks fairly attractive for what will be a budget car. Future Datsun models will be sold in emerging markets such as Russia, Indonesia and South Africa where there is a need for cheap wheels.

Internally known as the K2, the first Datsun model will reportedly be based on the Nissan Micra platform and will get its three-cylinder, 1.2-liter gasoline engine but with a different output. Although no interior pics were provided, it is believed the gear lever and handbrake will be positioned on the center console to free space between the front seats.

Datsun's first model will compete in a segment where the Maruti Wagon R and Hyundai i10 are quite popular. Sales are expected to kick off in mid-2014.