2021 Porsche 911 Turbo All But Revealed In New Spy Photos 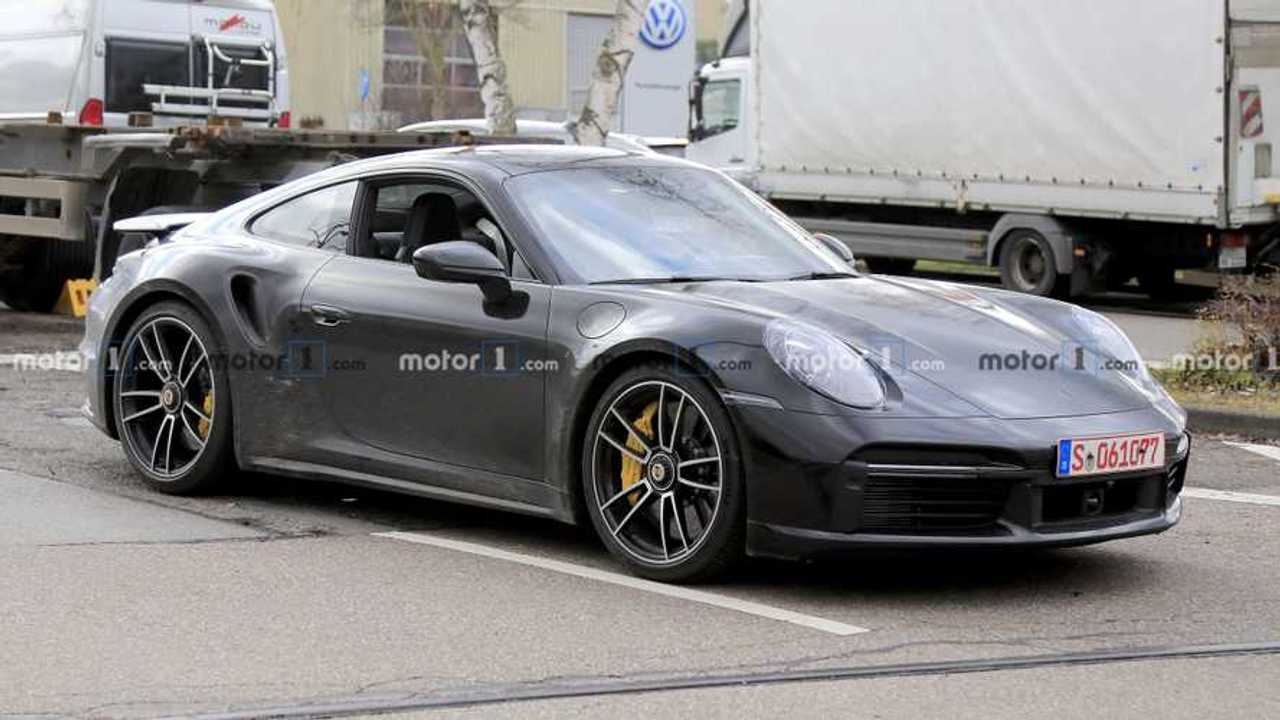 We're just waiting for Porsche to make it official.

The next-generation Porsche 911 Turbo is nearly upon us. The car is confirmed for a reveal this spring, but this new batch of spy photos essentially reveals it right now. Save for a few chunks of black tape still hiding some taillight details, here’s the boosted 911 you’ve been not-so-patiently waiting for.

We’ve seen plenty of Turbo spy photos and videos in recent months, so it doesn’t appear Porsche is very interested in hiding its new hyper 911. And all indications are that it will be very hyper, with inside sources telling us the car will pack 600 horsepower (447 kilowatts) from its twin-turbo 3.0-liter flat-six engine. All-wheel drive with all-wheel steering will reportedly be standard-issue kit, along with an eight-speed dual-clutch gearbox.

Body-wise, the Turbo will get special front and rear fascias, with the front having the Porsche Active Aerodynamics system that debuted on the 991-series model. At higher speeds a front lip spoiler will deploy, and the rear wing will rise further as well. We’re also hearing chatter about a specific sports-performance package that will be offered for the Turbo, giving it more bite for track-day antics.

Speaking of which, we’re tipped off to the Turbo’s massive brakes which are apparently taken directly from the much heavier Panamera Turbo S E-Hybrid. They will sit behind staggered wheels measuring 20 inches in diameter up front, 21 inches as the back. The boosted 911 should be wider, too, though reports of a 20-millimeter stretch are unconfirmed. Also unconfirmed is a 0-60 time of just 2.5 seconds, but if the power and weight are legit, we have no trouble believing that figure.

What’s left for Porsche to reveal on the new 911? Not much, save for colors, options, and of course, confirmation that it will be every bit as mental as it’s shaping up to be.