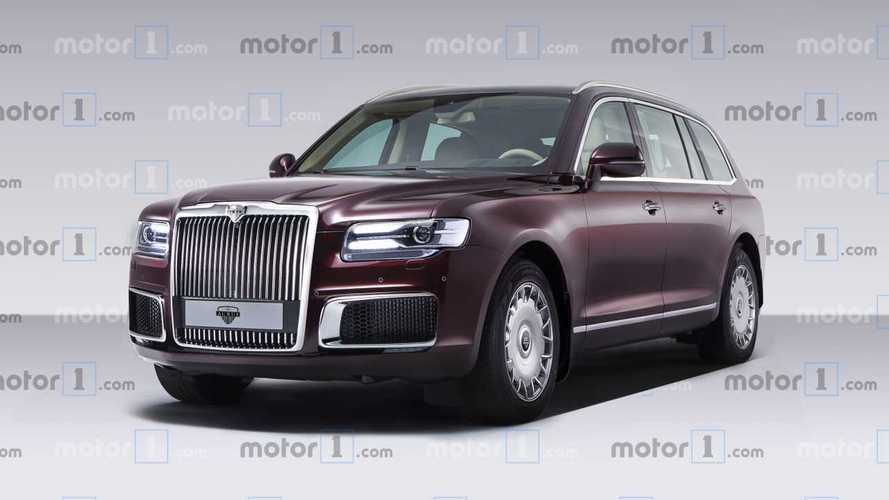 Remember the Aurus Senat? Vladimir Putin took the stately sedan as the presidential car, and he couldn't be any more right about it. It's luxurious, has a very chiefly stance, and it looks like a Rolls-Royce Ghost without the Spirit of Ecstacy at the tip of the nose.

Putin, however, will get a new toy soon called the Komendant. The high-rider version of the Senat was seen for the first time resting on a trailer somewhere in northern Scandinavia with the Senat and Arsenal minivan. The next sighting was in Northern Sweden with a clearer shot of the fascia.

With those spy shots on file, our team of magicians has made a rendering of the Aurus Komendant SUV. As expected, it looks very much like the Cullinan, again, without the Spirit of Ecstacy upfront.

The rendering is limited to just the front quarter angle of the Komendant, so let's leave the rear end to your imagination. The spy shots before won't help either as they only show temporary clusters and bumper that will get changed in the production car.

The Aurus Komendant Is A Putin-Ready Stately SUV:

There's scarce information about the Aurus Komendant's interior at this time. However, it's safe to say that it will be heavily inspired by the Senat sedan which means it will be heavily posh and luxurious. The engine will likely be the same, too –  a hybridized 4.4-liter V8 gasoline engine generating 598 horsepower (446 kilowatts) and 649 pound-feet (880 Newton-meter) torque. This powertrain is mated to a nine-speed automatic tranny sending the power to all four wheels.

The production of the Aurus Komendant is slated in 2022, according to sources from Russia. International delivery is possible, although don't count on it too much because of the company's limited production capacity.