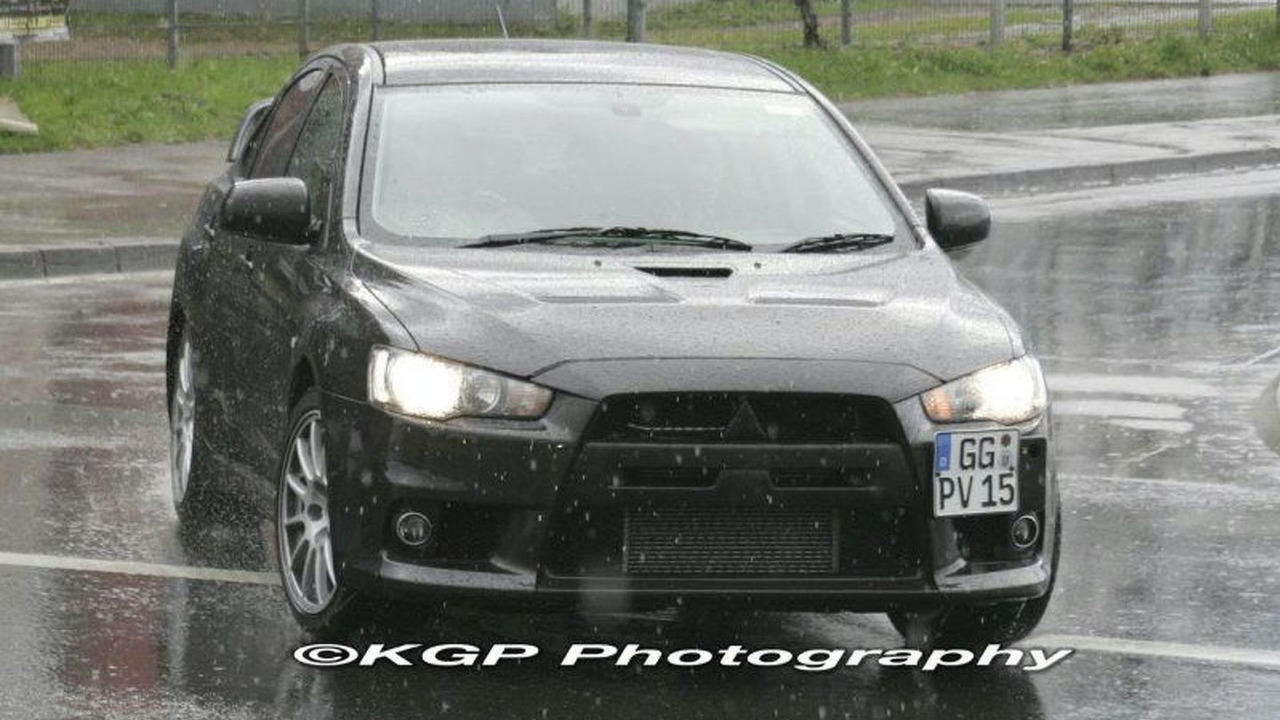 Here they are for the hardcore EVO fans, photos of a finished EVO X prototype at the Nürburgring.

We have been drooling over the Mitsubishi EVO X in its various concept incarnations over the past few years. With the EVO X final production version photos officially released this past April, prototype testing of the EVO X is not exactly spicy spy news anymore. However, not all spy news has to be breaking.

Surely, the press photos show us how the car looks like with a blank white background (as seen in the photos in the link above) or highly airbrushed scenery, but they don't always give a contextual sense of the car. So here they are for the hardcore EVO fans, photos of a finished EVO X prototype at the Nürburgring giving us a first look at the car in the "real world" without camouflage.

Expected to be showrooms early 2008 as a 2009 model, the EVO X will be available with a five-speed manual gearbox or optional automated 6-speed manual transmission. Bosses in Europe are expecting a massive 80 percent of all EVO X models to be ordered with the automated paddleshift gearbox, which operates in three modes. Although drivers always have manual control, they can choose from Normal, Sport and the most serious SuperSport settings. The final mode has been designed for use on track, allowing changes to higher gears only when they are absolutely necessary to keep the revs near peak power at all times. Standard EVO X models will be more expensive than the outgoing IX, with entry-level 300bhp variants costing more than 42,000 Euros.