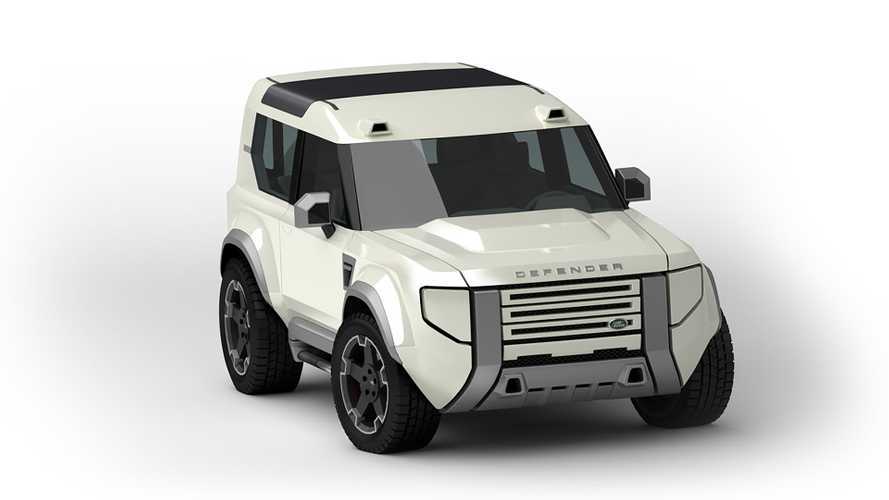 If Land Rover introduced a new, entry-level model that would sit below the Defender, how would it look? Rumors of such a model emerged late last year, suggesting it could debut as soon as next year with an estimated starting price of £25,000, or roughly $33,000. That’d make it one of the most affordable models ever from the automaker. New renderings, sent to us by Dejan Hristov, show what that model could look like when – and if – it arrives.

See 2020 Land Rover Defender Get Trashed By Its Chief Engineer

The report outing the possibility of a smaller sub-Defender model said it’d be heavily influenced by the new Defender’s design inside and out, and the renderings take that idea and run with it. The renderings shrink the Defender’s boxy appearance and, while a bit over-stylized, show a handsome two- and four-door off-roader – only the four-door version is expected, though. The wild headlights are unlikely, though the grille isn’t too different from what we see on the new Defender. The rear is equally conceptual with the taillight design, though they do look neat.

It’s not clear if Land Rover will call the new model a Defender. It could be called the Land Rover 80, which would fit nicely under the Defender 90 that’s available. It’s expected to arrive as soon as 2021 with four-cylinder combustion engines and a three-cylinder hybrid powertrain – both available at launch. All-wheel drive would be an available option.

Since 2012, Land Rover has more than doubled its sales in the U.S. – 43,664 to 94,736. The company has found success in a market where consumers love crossovers and SUVs. Another model that’s even more affordable could further boost sales for the company. Now, it’d be competing against a plethora of other great alternatives, though the Land Rover name – and its history as a capable off-road brand – could set it apart from other, less unique models. If Land Rover is preparing a Baby Defender, then hopefully we won’t need to wait long to see it.